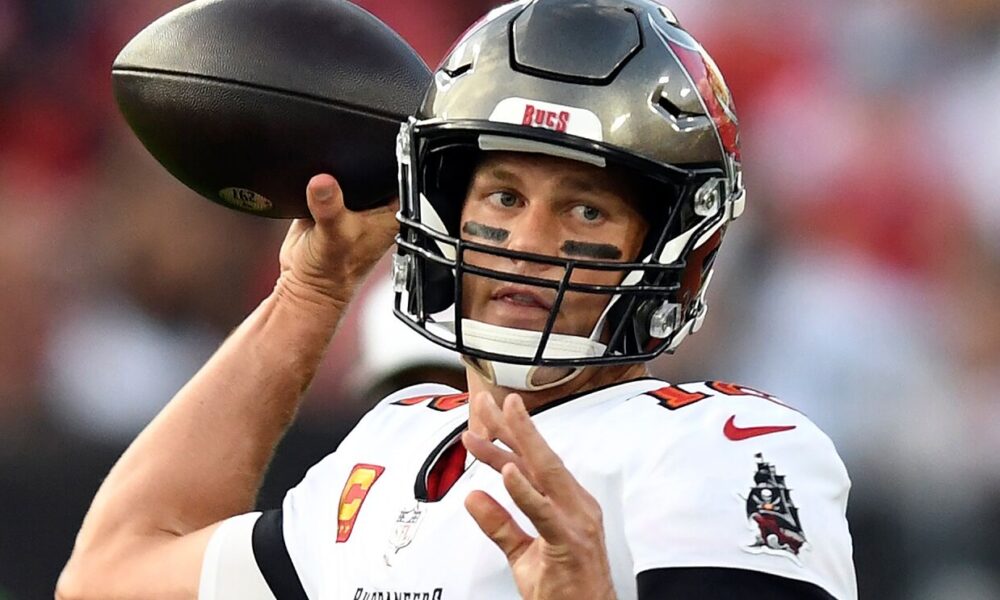 Pusha T’s album is helping Brady get locked in for next season.

Pusha T dropped one of the best albums of the year just a couple of months ago. It’s Almost Dry is yet another impeccably produced album by the veteran MC, and there is no doubt that the project has resonated with a large variety of hip-hop fans. In fact, the album has certainly gotten the attention of Tom Brady, who recently took to Twitter with a video of himself running to the song “Dreaming of the Past.”King Push saw this and decided to respond on Twitter with quite a bit of excitement. “Wow, @TomBrady really listening to the rap album of the year!!! #ItsAlmostDry#DreamingOfThePast !! Check him out,” Pusha T wrote.

Brady is typically always active on Twitter, so it should come as no surprise that he immediately picked up on Pusha T‘s shoutout. This led to Brady responding to the artist, noting that the album is easily the best to come out this year, regardless of genre distinctions.

Brady will be going into his 23rd season in the NFL, and we’re sure Push’s music is helping him get locked in. After all these years, Brady continues to shine and his pursuit of an eighth title will most definitely be fun to watch.

Fans haven’t seen these two together in some time but Dess offered an update. It has been a while since fans have seen Future and Dess ...