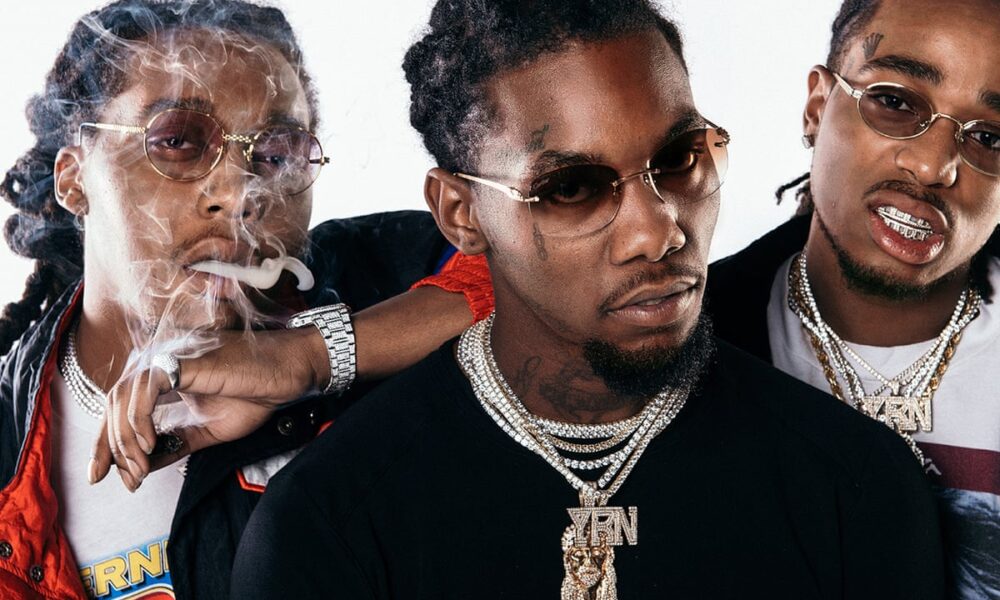 Rumors have circulated in the past few weeks that the Migos are splitting up. It began when Quavo and Takeoff made their debut as Unc & Phew with the single, “Hotel Lobby.” Offset‘s exclusion on the record prompted speculation of a break-up then Internet sleuths discovered that both Quavo and ‘Set unfollowed each other. Though it might seem like there’s some sort of internal conflict between the Atlanta trio, Quavo’s birthday gift to Takeoff suggests otherwise. TMZ caught up with Elliot Elliantte who revealed that he commissioned the new chain for Takeoff’s 28th birthday. Now, all three of the rappers have matching Migos chains and it feels like it’s a small sign that there is hope for more music from Migos in the near future.Quavo and Offset received similar chains as birthday gifts while Quavo just dropped $350K for the elaborate piece.

While Quavo, Takeoff and Offset have yet to comment on the rumors, maybe we’ll be hearing all three on a track this summer.

Lil Baby Explains Why He Has No Tattoos: “I Had To Keep My Appearance Straight”

Lil Baby recently opened up about his choice to stay tattoo-free in a new interview with New York Times, and it all has to do ...