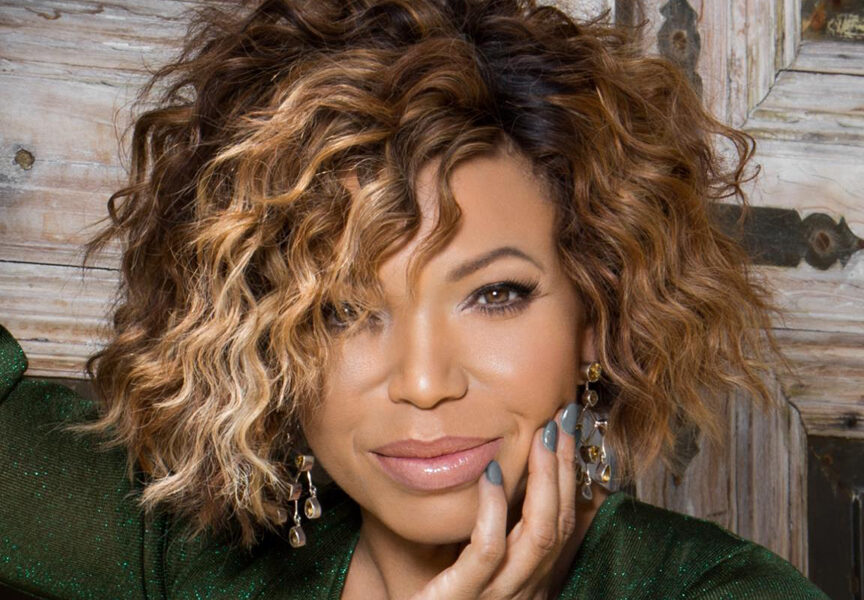 Her friend walked into a store at the mall and saw Tisha’s face on clothes everywhere without her permission. The owner claims they were honoring her.

If “Run Me My Check” was a person, it would be Tisha Campbell. The veteran actress is known for her extensive and impressive resumé that includes House Party, Little Shop of Horrors, School Daze, My Wife and Kids, and, of course, Martin. Her role as Gina Waters on the 1990s hit sitcom Martin is one of her more popular features, and for decades, people have taken the show’s imagery and used it for their benefit.While many manufacturers have often gone unchecked, resulting in them making a pretty penny from Martin Lawrence and Tisha Campbell’s likenesses, Tisha recently shared a post where she called out a business owners for profiting from her face.

The actress conversed with the employees and boasted about them being “really cool” about the situation. “But the manufacturers who are making these shirts, I think it was like, Head Gear Classics or something like that, my brother, I’m all for the come up, I truly, truly am. But, you just can’t put somebody’s face on a shirt without their permission.”

In the caption, Tisha also said that Head Gear Classics will not only have to deal with her but with the photographers who took the photos and own the imagery, “as well as the companies that owns the Martin show and House Party proper.” She also stated that the manufacturer responsible told the employees that they were trying to “honor” Tisha with the merchandise.

“Honor me with a check!” she said. Check it out below.

WHAT SHOULD WENDY DO??