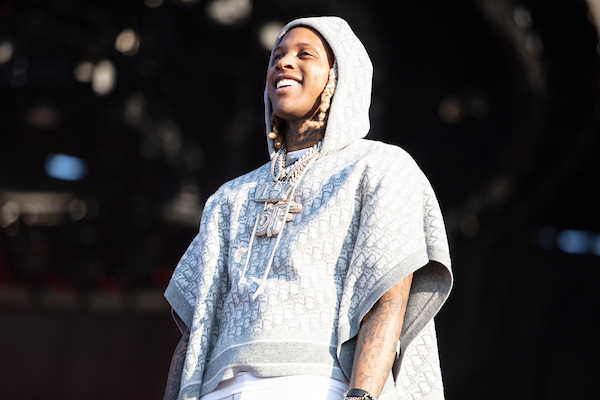 Chicago rapper Lil Durk has an abundance of platinum and gold plaques hanging on his walls, but he wants diplomas and certificates in his home too. On Thursday, he revealed to his fans that he’s been thinking of heading back to school to finish his high school diploma, hoping to challenge himself.For the last decade, Lil Durk has been steadily rising in the rap game to become one of the most sought-after vocalists in the world and now that he’s established himself as a long-lasting force in hip-hop, Smurk wants to go back to school to get his GED. “I’m going to get my high school diploma,” wrote the rapper on Twitter. “I want to challenge myself on my goals and real life situations.”

Of course, Durk isn’t the only rapper who has goals for higher education. Houston rapper Megan Thee Stallion has become an international music superstar, all while completing her college degree. Perhaps they can consult each other on how they’re able to balance work, life, and school. It can’t be easy to perform every single night, while also getting assignments done for class.

Durk’s tweet comes after five people affiliated with him were arrested in connection to rapper FBG Duck’s murder. According to the FBI, YouTube was used to find Duck’s killers (Muwop, C-Thang, and other OTF affiliates) after they bragged in music videos.

Additionally, another of Durk’s associates, OTF Boona, was arrested this weekend for allegedly shooting four people in March, including a six-year-old boy. Read more about that here

THE FOOLERY…. FIND OUT MORE HERE