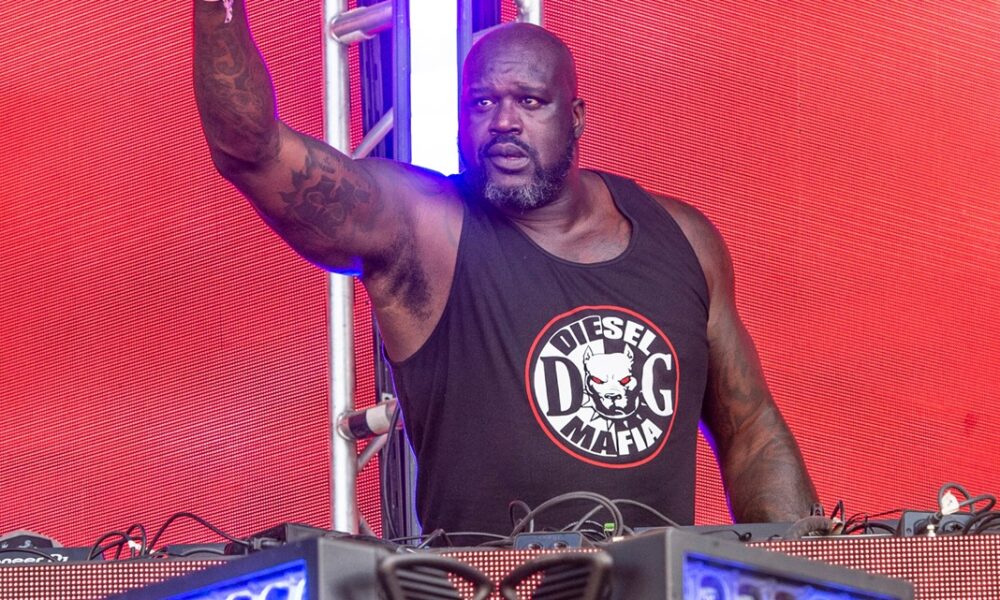 Shaq donated $50,000 to the family of one of the Buffalo shooting victims.

In May, a gunman killed 10 people at a Buffalo supermarket in a “racially motivated hate crime.” The news rocked the nation, and many in the hip hop community mourned the tragedy. Chance the Rapper called the attack a “race massacre,” and Buffalo native Conway The Machine described the event as “unfathomable.”Now, Shaquille O’Neal is making sure people don’t forget about the tragedy. The basketball legend DJ’ed in Buffalo, and donated the $50,000 he made from the performance to the family of one of the shooting victims.

Shaq has been touring his DJ set as “DJ Diesel,” and at first wasn’t sure if it was right to perform in Buffalo in the wake of the mass shooting, according to TMZ Sports. He eventually decided to go ahead with it, hoping the event would bring joy to the hurting community. Before his performance, he set up a meeting with the widow and son of Aaron Salter Jr.. Salter was a retired police officer, and was shot and killed while trying to prevent the gunman from entering the Tops supermarket. During Shaq’s meeting with Salter’s family, he said that he would be giving the money from his performance to them.

This isn’t the first charitable deed from Shaq. In December, the ex-Laker raised $2 million for the Shaquille O’Neal Foundation which provides much-needed resources to youths around the country.

Meanwhile, the US government has finally acted in response to the ever-present mass shootings in America. On Saturday, President Biden signed into law the largest gun control measures in almost three decades.