$100,000 stolen from Atlanta mansion of NBA star Vince Carter as wife and children hid in closet 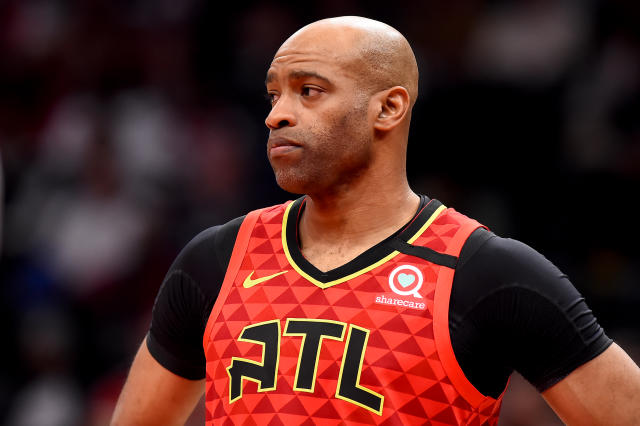 A police report is revealing new insight into the break in at the home of former Atlanta Hawks star Vince Carter.

Carter’s wife, Sondi, told police she was laying in bed with her children when she heard loud noises near the front of their home.

She called 911 and hid in a closet with her sons, according to the police report. Carter told dispatchers she could hear someone rummaging through their belongings in different rooms.

When officers arrived, they found a masked man wearing all black clothing running from the home. The man made it to a waiting SUV and got away, according to the police report.

Police found two guns and cash scattered all over the ground outside the gated home. They believe one gun was stolen from the home and the other belonged to the suspect.

The police report states the cash found in the yard totaled more than $16,000, but Vince Carter told investigators it was just a portion of the $100,000 missing from the home.

Police are checking surveillance video and lifted a fingerprint to identify the thief.

Carter finished his NBA career playing for the Atlanta Hawks after 22 seasons in the NBA.

{HOLIDAY SEASON LIVE} YG LOOSES OUT ON $60,000 FOR PERFORMING HIS CONTROVERSIAL SINGLE “FDT”