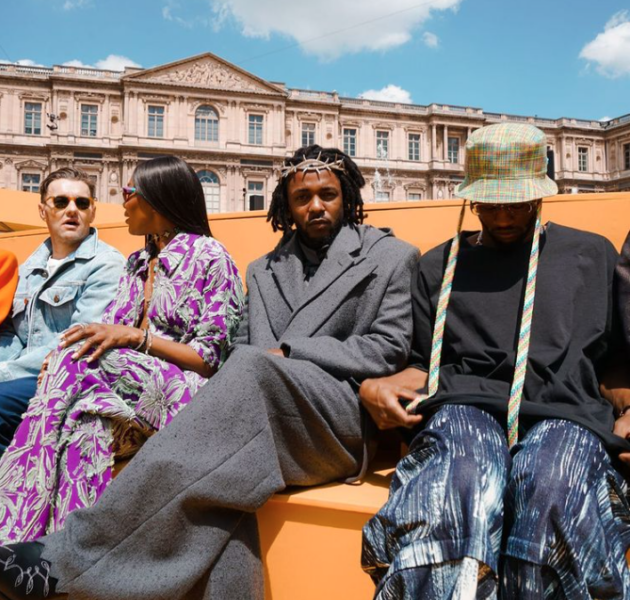 Kendrick Lamar pays homage to Virgil Abloh during his performance of “Savior” at Louis Vuitton’s fashion show in Paris.

It’s been over a month since Kendrick Lamar re-surfaced with the release of Mr. Morale & The Big Steppers. There’s been widespread acclaim for the album, though Kendrick himself has remained rather reclusive in its rollout. In the past few days, he’s delivered some of his first performances including a show at Cannes Lions Festival. This morning, the rapper made a surprise appearance at Louis Vuitton’s MenSS23 show at Paris Fashion Week. The Marching 100, a Tallahassee-based marching band, led the show before Kendrick subtly slid through with a performance of new tracks off of Mr. Morale & The Big Steppers. K. Dot was seated next to Naomi Campbell in the front row where he delivered renditions of songs like “N95” and “Savior” while also paying homage to Virgil Abloh.

Louis Vuitton’s spring 2023 men’s collection show is reportedly the last one that will be curated by Virgil Abloh’s team. K. Dot’s latest appearance follows the release of Spotify’s mini-doc in Accra, Ghana where he hung out in a skate park launched by Abloh and his team. K. Dot also wore a Virgil Abloh-designed Louis Vuitton suit earlier this year at his Super Bowl performance with Dr. Dre, Snoop Dogg, Eminem, Mary J. Blige, and 50 Cent.

Kendrick Lamar is currently revving up to hit the road this summer for the official Mr. Morale tour alongside Baby Keem and Tanna Leone.

WILL 50 CENT’S NEXT ALBUM GO PLATINUM WITH BIRDMANS HELP ????