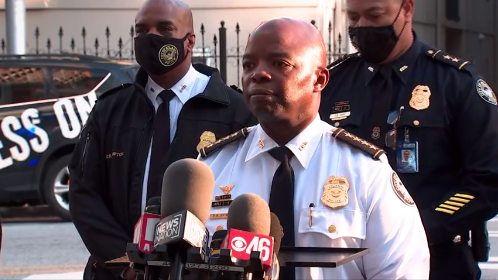 Bryant says the Atlanta Police Department responded to the shooting at the Atlantic House Midtown and immediately engaged the shooting suspect. The suspected shooter allegedly opened fire on police.

Police say the suspected shooter was killed and the situation has ended, leaving no further threat to those in and around the building.

A woman was found dead in one of the units. Police say they believe the victim and the shooter knew each other.

The Georgia Bureau of Investigation is on scene to investigate because an APD officer was involved in the shooting.

APD says multiple people called 911 and took video of the incident as it was occurring. They are asking for anyone who saw anything to reach out to police to help with their investigation.

You can watch the full press conference from authorities below.

This is a developing story that will continue to be updated.

Kodak Black sends a prison guard to the hospital during prison brawl and the guard must undergo surgery!