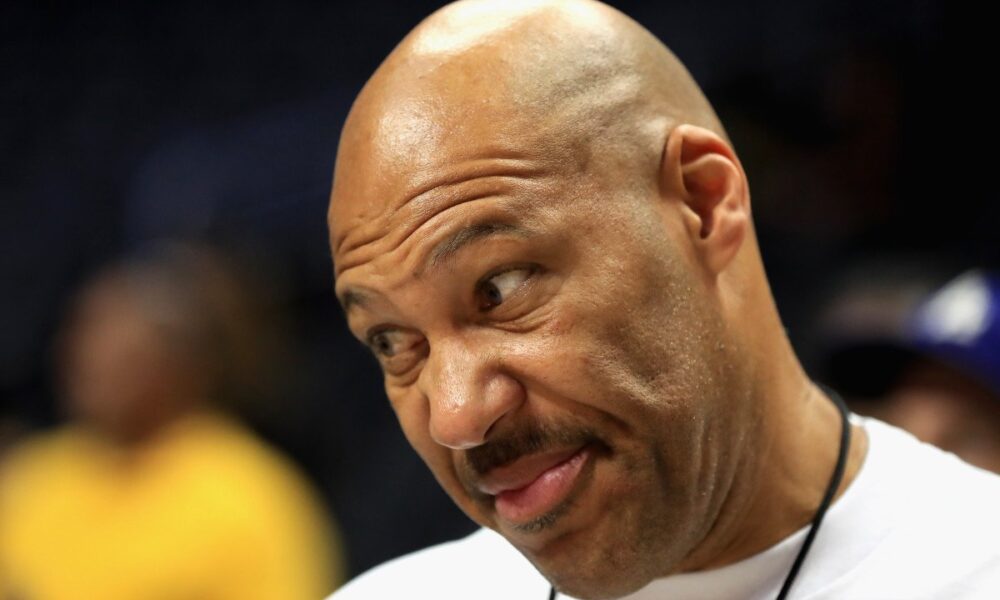 With two of the Ball brothers currently on NBA rosters, and the third brother signing to a G-League team this week, the Balls have become one of the most popular basketball families in the world. With LaVar at the head of the table, his sons Lonzo, LaMelo, and LiAngelo have been representing the Big Baller Brand well, introducing the latest luxury sneaker that they’re selling on Tuesday.

“I am a role model! BBB’s Big Baller Brand is in the building,” confidently stated LaVar at the beginning of his video announcement. “Independency and ownership is everything. Check out the new lifestyle shoes. Get your shoe game up.”

The new kicks will be priced from $695 to $895, which puts them at the higher end of the scale for basketball sneakers. They come in several different colorways, including a fire-inspired pair with “I Told You So” branding, a red pair, a while pair, and more.

Although only a day has passed since LaVar unveiled the new collection, he’s already being flamed for the shoes and how much they resemble Alexander McQueen sneakers.

“Alexander McBalls,” commented one person on the post. “BBB McQueens,” joked another. “Looks like Air Force 1 on wish,” said somebody else.

LaVar Ball unveiled these shoes just one day following the announcement of LaMelo Ball’s first signature sneaker collaboration with Puma. Much like LaMelo, Lonzo Ball also left Big Baller Brand in 2020, so he likely won’t be spotted wearing these in the locker room.

Big Baller Brand’s sneakers have never been an instant hit with fans, but the brand has stuck around for years now as LaVar continues to bring new products into the world. Check out the new kicks below and let us know what you think.