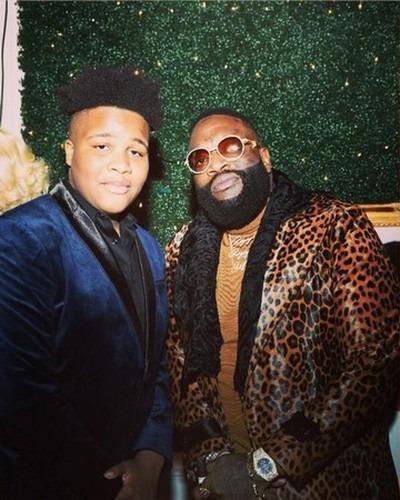 The first two offers are in for William Roberts. The 2024 offensive lineman, who is the son of rapper/songwriter Rick Ross, told 247Sports that he picked up verbal scholarship offers from both Miami and Syracuse on Wednesday.

“It feels good,” Roberts said over the phone. “It’s a dream come true.”

Roberts played on varsity as a freshman for a Fort Lauderdale (Fla.) St. Thomas Aquinas team that went 8-1 and won a 7A state title.

“Will’s size, strength, and athleticism have enabled him to play some quality time this season and start a couple of games,” St. Thomas Aquinas head coach Roger Harriott told 247Sports when asked about the 6-foot-2, 270-pound youngster. “He’s an extremely talented player and a well rounded, character oriented person. His best days are ahead of him.”

There are currently no prospects in the class of 2024 that have made a public verbal commitment according to the 247Sports’ database, but a number of freshmen like Roberts report offers from Power 5 programs.

Rick Ross graduated from Miami (Fla.) Carol City. He then attended Albany State on a football scholarship according to the Miami New Times.

Williams Roberts wouldn’t be the first son of a rapper/songwriter to play college football at the highest level.

Cordell Broadus, who is the son of Snoop Dog, was a four-star wide receiver in the class of 2015. He signed with UCLA before eventually giving up football. Justin Combs, who is the son of Diddy, also spent some time with the Bruins back in 2013 and 2014. Naijiel Hale on the other hand was a four-star recruit in the class of 2014. The son of Nate Dogg enrolled at Washington before transferring to Montana State.

Olaijah Griffin might be the most successful of the bunch when it comes to high-profile recruits with ties to the music industry. The son of Warren G was a five-star recruit in the Class of 2018. He played for three seasons with the Trojans totaling 67 tackles, 2.5 tackles for loss, 13 pass breakups and an interception. He is hoping to hear his name called in the upcoming NFL Dr