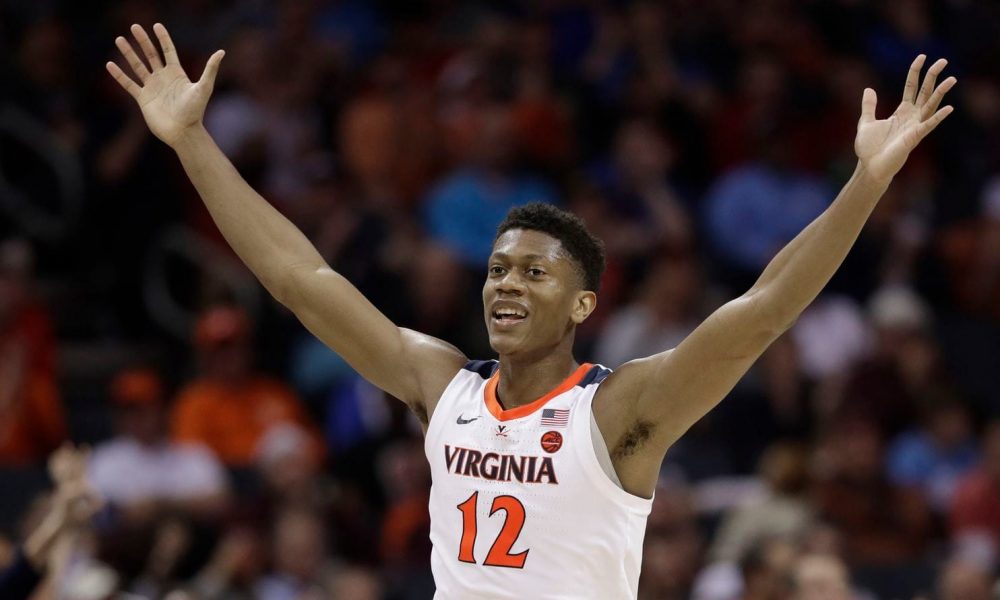 The Hawks reportedly agreed to acquire the No. 4 pick from the New Orleans Pelicans — who control the pick after the reported Anthony Davis deal — in exchange for the No. 8, 17 and 35 picks in tonight’s NBA Draft and a “heavily protected” first-round pick in 2020, according to a report from Adrian Wojnarowski of ESPN.

Since the trade is still not official, the Los Angeles Lakers, who originally owned the No. 4 pick, selected Virginia’s De’Andre Hunter on behalf of the Hawks.

Virginia’s De’Andre Hunter gets drafted fourth overall by the Lakers in the 2019 NBA Draft.

The 6’7″, 225 lb. sophomore forward helped lead Virginia to the NCAA title this year, after averaging 43.8% behind the three-point line during the year.

Kanye West is living a sports fan’s dream. He is currently living inside Mercedes-Benz Stadium. Yes, you heard that right. Kanye is living in the ...