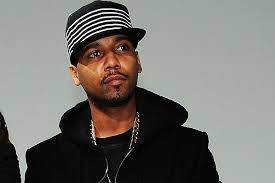 JULEZ SANTANA GETS BAIL REJECTED AND REMAINS BEHIND BARS

Julez Santana remains behind bars after a judge in New Jersey rejected a proposed bail package on Monday (March 26).

Multiple sources reports the judge denied  that the proposed bail package didn’t warrant the Dipset rapper’s release on weapons and drugs charges, although the specifics of the package weren’t discussed in court. Julez Santana, whose real name is, LaRon James, has been in custody since turning himself in to police on March 12.

The 36-year-old was arrested after fleeing Newark Liberty International Airport a few days earlier when TSA agents allegedly detected a gun and oxycodone pills in his luggage.

Santana’s lawyer, Brian Neary, says a new court date has not yet been scheduled.