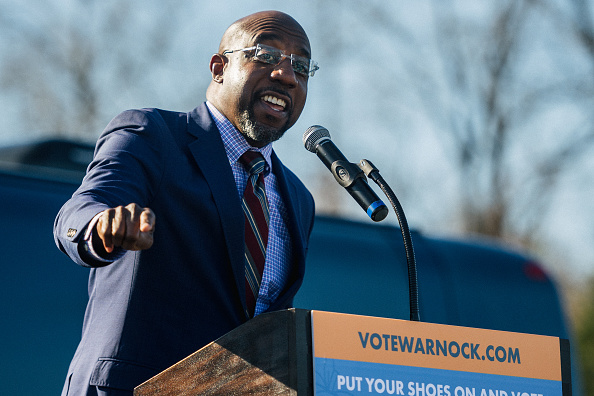 Warnock’s victory will give Democrats an outright majority in the Senate after two years under a 50-50 divide, with Vice President Kamala Harris casting tie-breaking votes.

Kanye West Gets His Own Day in Atlanta, Tribute to His Mom from Morris Brown College

Kanye West treated his fans to a one-of-a-kind experience at his “Donda” listening event, but he also received a couple gifts after the show … including ...