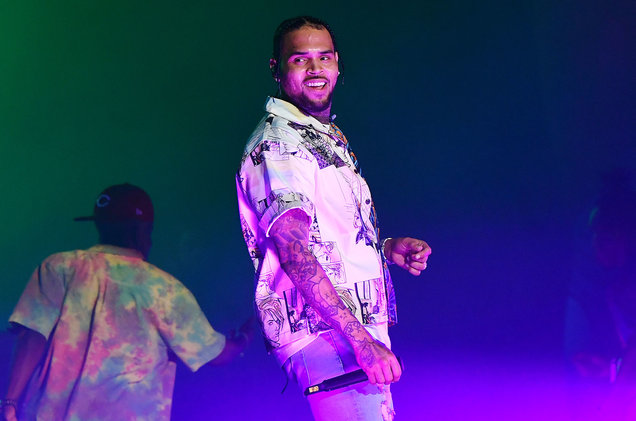 Breezy and Lil Baby hit the road on their “One Of Them Ones” tour earlier this week.

Chris Brown and Lil Baby embarked on their One Of Them Ones tour earlier this week, kicking off in Raleigh, North Carolina as both recording artists break out some of their biggest hits and best dance moves to entertain their fans. Things look to be off to a strong start for the duo, though it seems they might not get of warm as a welcome in Houston, Texas next month as they’re expecting.On Saturday (July 16), reports began surfacing online accusing Brown of running off with a $1.1M payday after cancelling a concert during the soundcheck earlier this year.As The Shade Room reports, local H-Town activist LeJuan Bailey is speaking out about her alleged experience working with Brown, making it clear that she plans to take legal action against him for not holding up his end of their deal.

Bailey has shared that her real estate and construction company booked the Breezy hitmaker to appear at a benefit concert in the city on March 19th in hopes of raising funds for Texans whose homes were damaged during Hurricane Ida. She says that Brown cancelled during the soundcheck, not long before he was due to perform, even after she had checked all the boxes that the R&B star requested, including a private plane.

“I acted in good faith and sponsored this concert out of love and respect for residents in need,” Bailey shared. “I am appalled that Chris Brown refused to refund my money for a show he did not appear to after we announced and sold tickets.

The last-minute cancellation left her with “a lot of hardship,” she went on. “At this point, it is my humble belief that Chris Brown‘s actions are parallel to pure theft.”

“He has the unmitigated gall to take my money, stand up the residents of Houston, then return to the city to perform on August 17th. My message to Chris Brown: we will not sit back and allow you to disrespect the victims of Hurricane Ida and Nicholas in need.”

Bailey hopes to see the 33-year-old return the money she spent on his accommodations, also noting that his team has reportedly ignored her prior attempts to resolve the situation .

LeBron James reaggravated his ankle injury and has been out of the Lakers lineup ever since. LeBron James is one of the most valuable players ...