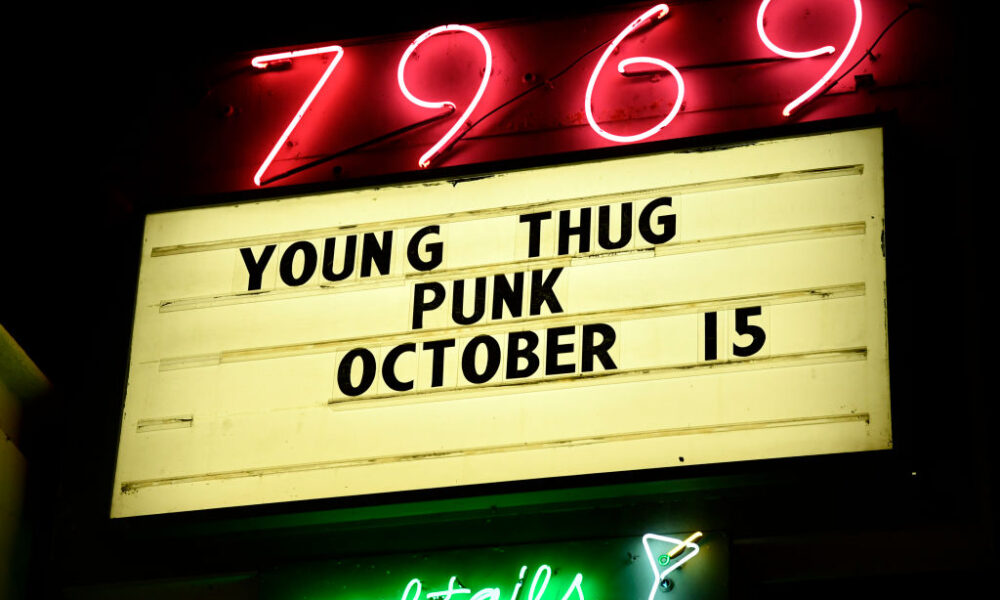 Young Thug, Gunna, and others took turns swinging baseball bats on a Rolls-Royce to celebrate the upcoming album release for “P*NK.”

Young Thug is releasing his new studio album at the end of this week, and he’s taking unorthodox means to promote the project.The Atlanta-based rapper recently hosted a release party for P*NK at Delilah in West Hollywood, bringing Gunna and other YSL Records artists to the main stage. As we all wait for more information about P*NK in the coming days, Young Thug decided to have some fun with his crew at the end of Tuesday night, going to town with some baseball bats on a Rolls-Royce.

In a video posted to social media, Thugger, Gunna, and a few others could be seen wrecking the expensive vehicle. It’s unclear why the group of rappers decided to destroy the car, but they left it in a less-than-desirable condition, with each window smashed and dents all over the sought-after whip. Gunna, in particular, got his frustrations out on the Rolls-Royce, getting on top of it and kicking in the windshield after slamming it a few times with his bat.

Is there anything more Punk than destroying expensive material belongings? Punk-rock singers and guitarists have been known to smash their instruments on stage after performing, so this must have been Thug’s own way of doing something similar.

KODAK BLACK CLEARS UP SOME STUFF!