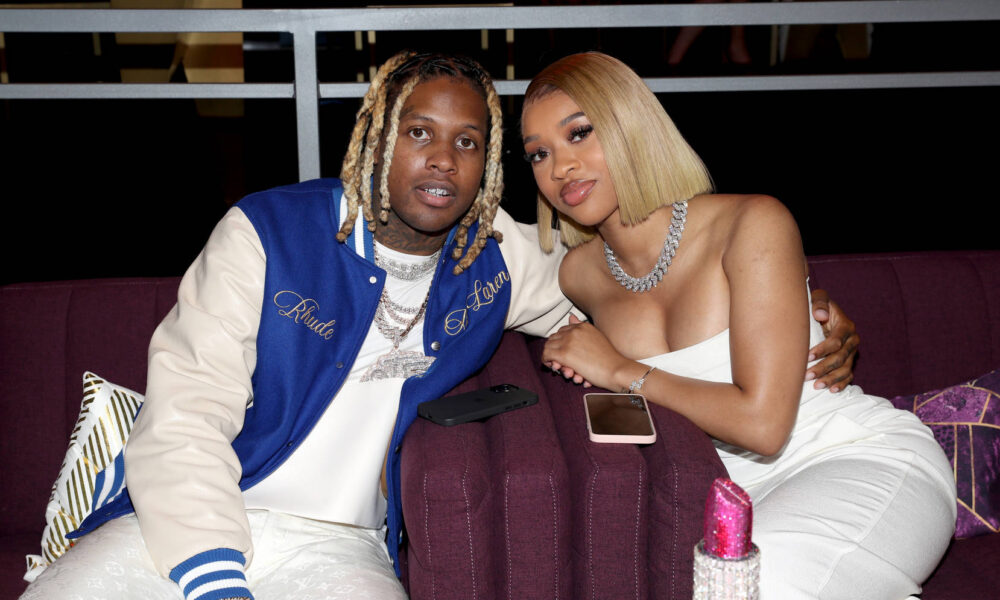 It looks like Durk is sending India a message.

Lil Durk and his fiancée India Royale already have one beautiful baby, but it looks like the young rapper would like another. Durk has been having an amazing year, and recently received praise for promoting his girl’s brand on Drake‘s Certified Lover Boy. “India Royale cosmetic, I’m just promotin’ my bitch/Drake song do a billion streams for sure, I’m just promotin’ her shit/Nasty with it, take her to Sono Bello and get her some massive titties,” he raps on the song.  Dirk may be taking over the nation, but he hopped on Twitter to claim that things aren’t as jubilant as they seem. “I be acting like I’m happy but I’m really sad inside,” tweeted Dirk. He also tweeted out, “I want another son !!!!!”

Lil Durk has always shouted his partner out whenever he had the chance. Most notably he did it on “India” on his 2017 project Signed To The Streets 2.5, then again on “India Pt. II” on Signed To The Streets 3 a year later. “India Pt. III” was featured on his 2020 project The Voice. With those two tweets, it seems like Durk is sending India a message that he wants to expand the family.

Billionaire Boys Club The No Limit Records Billionaire is reportedly in talks to buy Reebok for an asking price of around $2.4 billion.