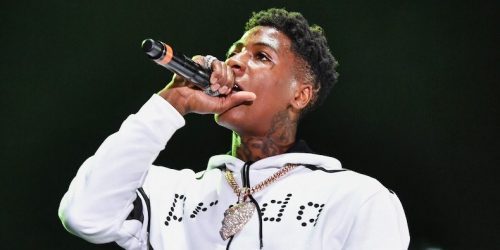 Herm Tha Great boasted about YoungBoy and added that there aren’t any “street n*ggas” in the industry anymore.

As fans await more information regarding NBA YoungBoy’s case, his friend is giving insight into how the rapper navigates the industry. YoungBoy has been incarcerated since earlier this year after he was arrested in Los Angeles. Last Fall, the Louisiana icon was taken into custody after police reportedly found the rapper filming at a relative’s home. Months later, YoungBoy was tacked with federal weapons charges and his attorneys have continued to deny that any of the firearms belonged to the rapper.Meanwhile, YoungBoy has stayed busy while behind bars as his team has released new music. The chart-topping artist has also stayed in contact, as minimal as it has been, with his fans by sharing lengthy text updates about how he’s handling his current circumstance.

Over on Instagram, YoungBoy’s associate Herm Tha Blacksheep took to his Stories to drop a bit of unknown knowledge about the rapper. “One this fasho Yb the only artist that never paid for a feature and turns down 100,000a for them,” he wrote. “The industry don’t have street n*ggas no more FREE TOP.”

YoungBoy is an artist that operates with minimal features on his projects yet is still able to reach the No. 1 spot on the charts. It is rumored that YoungBoy and his team are currently working on his next album’s release, said to be titled Sincerely, Kentrell.

THE FEDS ARE COMING…