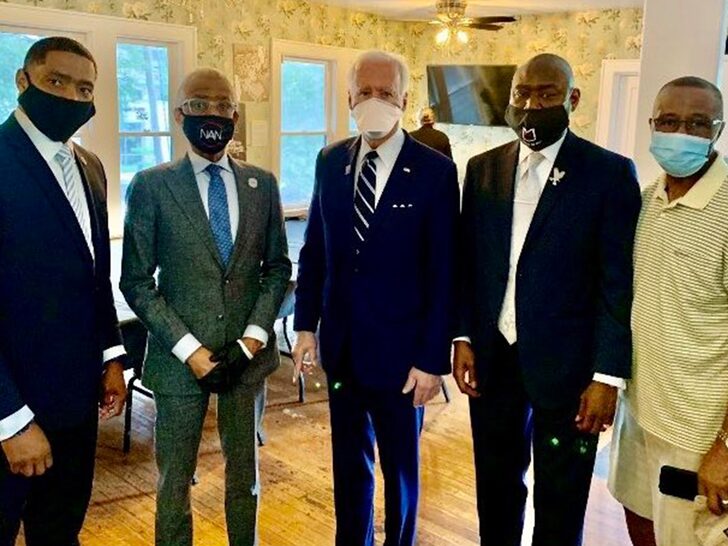 Joe Biden is in Houston to pay his respects to George Floyd, and also took time to sit and listen to George’s family members express their pain.

According to the Floyd family lawyer, Ben Crump, the presidential hopeful met privately with George’s family and listened to them for more than an hour.

Crump says, “Listening to one another is what will begin to heal America” and during the meeting, Biden “listened, heard their pain, and shared in their woe.” He adds, “That compassion meant the world to this grieving family.”

Biden was photographed after the meeting with George’s uncle, Roger Floyd, along with Crump, Rev. Al Sharpton and Rep. Cedric Richmond.

The former VP will also tape a video message for Floyd’s funeral service Tuesday in Houston, but will not be attending because he doesn’t want to cause disruptions with Secret Service protection. The first part of Floyd’s hometown memorial, a public viewing session, is currently underway.

Biden’s been vocal and supportive of the nationwide protests in George’s honor. President Trump has also said he supports peaceful protesting and even suggested on Friday, George is smiling down on America.

On the other hand, Trump also retweeted a gross attack on Floyd’s character.

What are your thoughts on Joe Bidens move?

The Georgia High School Association says football will be pushed back by two weeks in the fall. GHSA told Channel 2 Sports Director Zach Klein that the ...