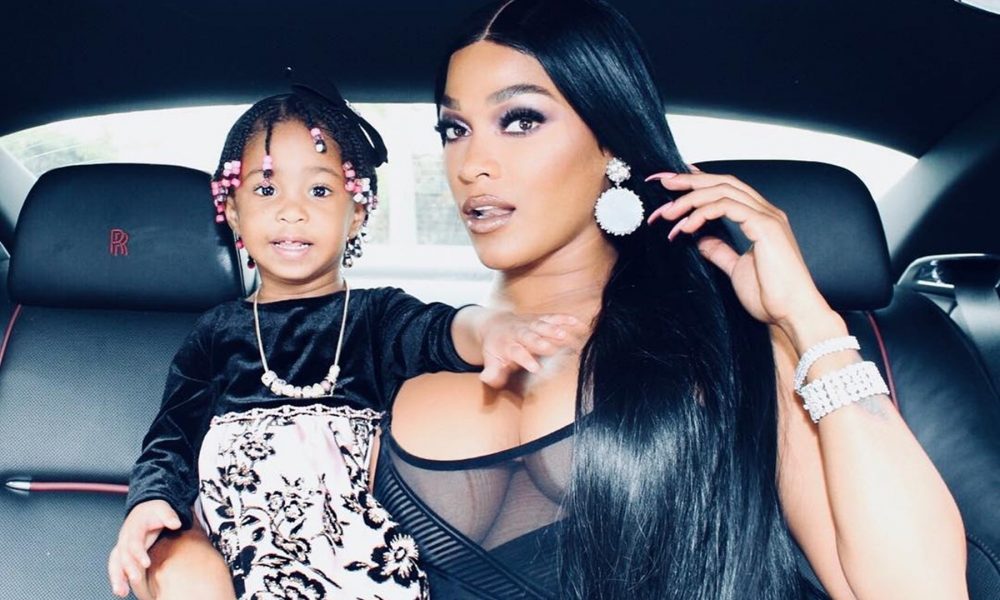 Joseline Hernandez broke down sobbing on “Marriage Boot Camp” when she learned that her ex, Stevie J, had been awarded full custody of their daughter, Bonnie.

Joseline Hernandez was an emotional wreck in a preview for the upcoming episode of Marriage Boot Camp: Hip Hop Edition, in which the reality star is shown finding out that she had lost custody of her 3-year-old daughter, Bonnie Bella, to her baby daddy, Stevie J, while she was filming the show. In the sneak peak of Thursday’s episode, Joseline is sitting next to her boyfriend, Ballistic Beats, on their bed when she gets a phone call. She learns that Stevie J, with whom she’s had ongoing custody issues over Bonnie for quite some time, had been awarded full custody of the toddler.

#PressPlay: #JoselineHernandez and #StevieJ have certainly had some difficult times are parents. This episode of #MarriageBootcamp shows the very emotional moment in which Joseline learned Stevie had won custody of their daughter #BonnieBella. (?: @wetv)

“They gave him custody, babe” she tells Ballistic through tears. “I don’t know what to do!” The psychiatrist and marriage counsellor on the series, Dr. Ish, who is watching the couple on through a camera in another room, then intervenes to comfort Joseline. While she’s hyperventilating, he reassures her, “there is no judge on this planet who wants to take the kid away from a mom who is fit. You are not an unfit mother.”

“It’s beyond a hard situation,” he continues. “And it makes you feel like you’re not doing your job as a mom, doesn’t it?” He goes on to tell that she just has to let the situation unfold and allow her daughter to go with Stevie for the time being. The moment, which was filmed months ago, was clearly devastating for Joseline. However, as we know now, the decision was only temporary, and Joseline was awarded primary custody of Bonnie again shortly after. She and Stevie are still in the midst of their custody battle to this day, and will reportedly go to trial in May to continue their custody case.

{STREETZ MORNING TAKEOVER} KANYE WEST GOES ON ANOTHER RANT DURING SNL TAPPING … ”THEY BULLIED ME BACKSTAGE!”

KANYE WEST IS AT IT AGAIN WITH HIS ANTICS …