{DEM 404 BOYZ} SWIZZ BEATZ’S BABY MAMA ACCUSES HIM OF BEING ABUSIVE AND RACIST!! 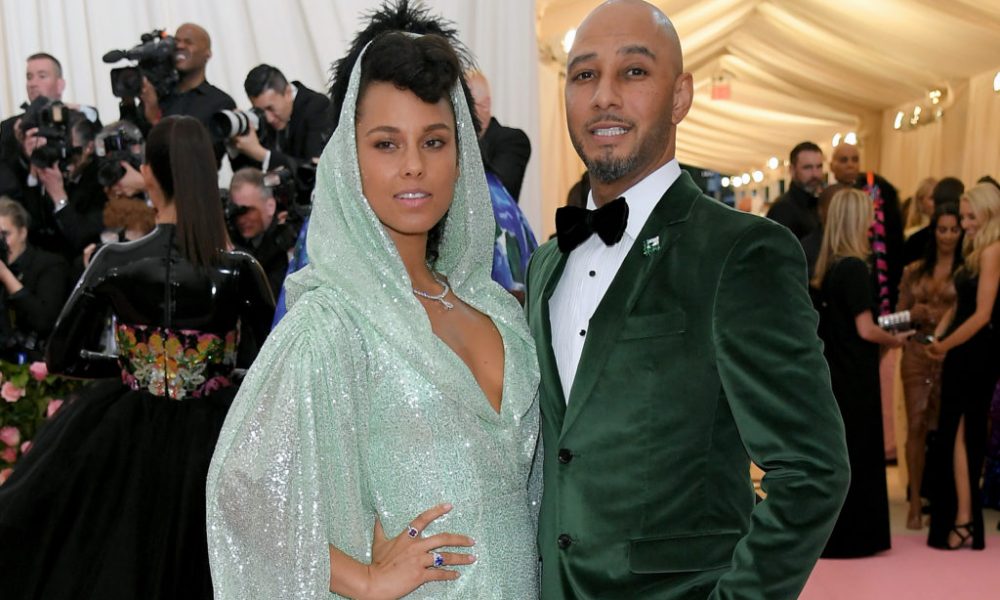 Swizz Beatz’s baby mama Jahna Sebastian made some serious accusations against the music producer. She claimed Swizz was abusive and racist, and his wife Alicia Keys was disrespectful. “It’s been long ten years of abuse, misogyny, and disrespect from these two people,” she said. More details inside…

The relationship between Swizz Beatz and the mother of his 11-year-old daughter has been unraveling on social media. Jahna Sebastian ignited the feud after she shared a lengthy Instagram post detailing her ire regarding Alicia Keys allegedly overstepping her boundaries as a stepmother. This caused Swizz to respond by telling her that if she has a problem, she should just call him instead of airing out her grievances on the internet.

Instead, Jahna continued to shared posts and images about parenting and children, still taking aim at the megaproducer and his wife. In a post that has since been deleted, Swizz shared a video of himself and his mother dancing together with a message. “These BMs playing with me like my mom don’t carry the 40 at all times BX,” he wrote.

It’s been two weeks since Swizz shared the clip, and Jahna has issued her Instagram response to what she considered to be a “threat.” She penned, “Due to violent threats, I am now forced to post this. Swizz Beatz, Alicia Keys husband, and her fan base have been threatening me. His wife, who is supposed to be ‘pro women’ is aware of this. I fear for my life and safety. I am alone with Nicole and the only way to protect myself is to let everyone know. It’s the public that enabled them to put people down in the first place.”

Jahna shared multiple images of screenshots of conversations allegedly between herself and Swizz, along with photos of fans’ “threats” on social media. “It’s been long ten years of abuse, misogyny, and disrespect from these two people. Scroll through to see, why it is so hard to speak to them,” Jahna continued. “They think money gives them the right to put mothers down and treat them whichever way they want. Nicole is 11, not 18. The same week he claimed publicly to call any time, in reality, he told to never talk to him again, shutting me down, sending hate. l gifs mocking appearance, racist gifs mocking my culture. This is how women are treated in this family. Also his wife’s ‘pro women’ engineer Ann is also attacking. I don’t even know her. I will speak as I must now.”

WHAT?! READ MORE ABOUT IT HERE!