{MIDDAYS WITH JAZZY} USING A CELLPHONE WHIE DRIVING WILL BE ILLEGAL IN G.A. STARTING JULY 1st 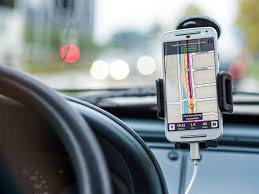 THE GEORGIA LAW WILL BAN DRIVERS FROM USING CELLPHONES WHILE DRIVING.

According to WABE, the ability to watch or record videos, read, write or send text messages while on the road. The bill also prohibits holding a device while driving. However, exceptions include using GPS, reporting an accident, calling 911 and using a device while legally parked.

“Distracted driving is a huge issue,” said Harris Blackwood, director of the Governor’s Office of Highway Safety. He said that in the past few years, Georgia has seen an increase in the number of accidents that are indicative of distracted driving.

That increase started in 2015, according to statistics published by Blackwood’s office. That year, 3.5 percent of Georgia drivers said they were distracted when they were involved in a fatal crash.

Blackwood suggests Georgians should start looking into hands-free technology to help reduce their dangerous driving habits now. He said that people shouldn’t wait until after HB 673 becomes a law.

{IN THE STREETZ} 21 SAVAGE HERE ILLEGALLY

Apparently Rapper 21 Savage, is not a United States native!! 21 was arrested today and taken by ICE for the expiration of his Visa. The ...