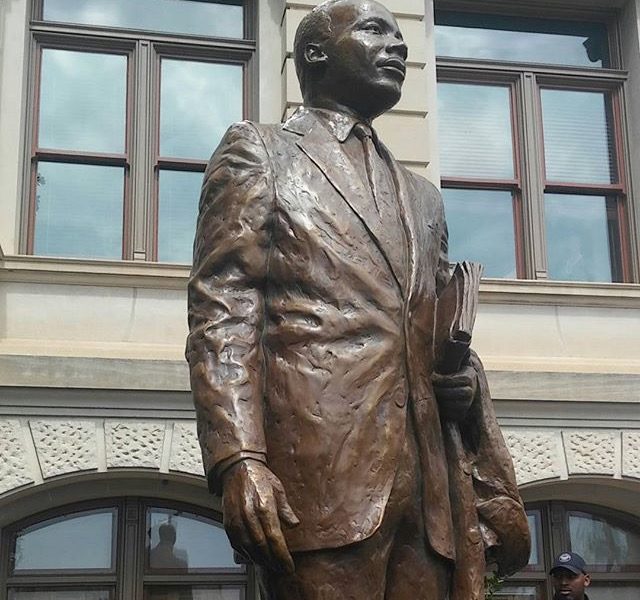 A statue pays tribute to civil rights leader Martin Luther king Jr at Georgia State Capitol. The statue was presented by the Gov. of Georgia Nathan Deal and members of the King family. History is in the making again when over 800 people gathered around as the tribute became public to the people Monday morning on the Georgia Capitol Grounds.

The ceremony was held just a few blocks from where King grew up.  At the releasing of this statue, Bernice King gives hugs and well wishes to everyone who came out as she quotes “Its about time. Forty-nine years ago when my father was assassinated, he was the most hated man in America. Today he is one of the most loved men in the world.” Make sure you go check it out! Located at Georgia Capitol Grounds.