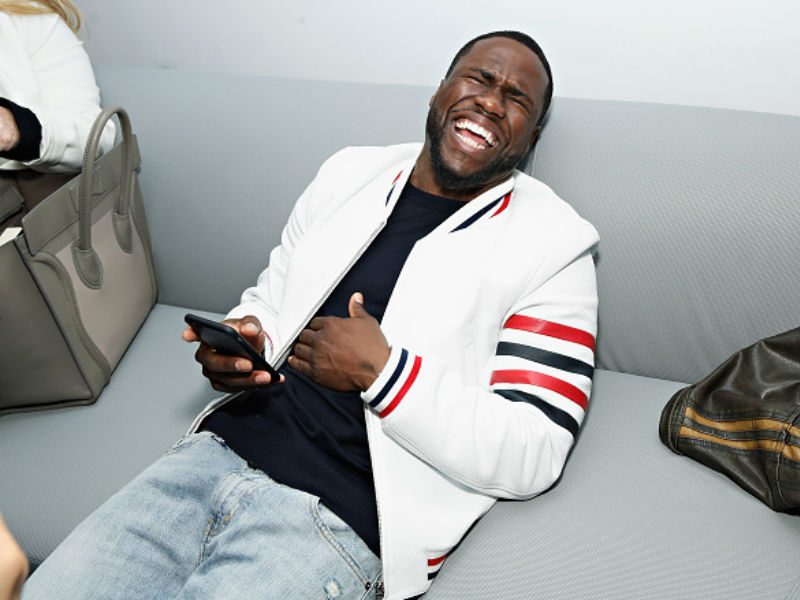 KEVIN HART IS OFFICIALLY ON TOP OF THE COMEDIC GAME! READ MORE TO FIND OUT HOW!

According to FORBES, Kevin Hart has officially became the highest-paid comedian. Hart surpassed Jerry Seinfeld, who had the title since 2006.

From the start of June 2015 to the end of June 2016, Kevin Hart has made $87.5 million dollars, while Jerry Seinfeld came in with $43.5 million. This also puts Hart in sixth place on the FORBES annual list, “Celebrity 100” for celebrity money-makers.

FORBES, calculates the total based on films, DVD sales, endorsements, TV Specials, appearances, and touring. According to FORBES Hart dominated the touring category by doing 100 shows in a 12-month period and was paid $1 million each stop. Hart also made noise this year by appearing in commercials, starring in films, and even released his own line of sneakers with NIKE. Kevin Hart is still working, with the release of his new stand-up film What Now? that will be in theaters on October 14th and also is working constantly filming more movies to go into his catalog.

Now we just have to see if Kevin Hart can repeat for the next year title of highest-paid comedian.

A man suing 50 Cent over his series, “Power,” claims that the New York rapper is bullying him. 50 Cent is being sued for $1 billion by ...