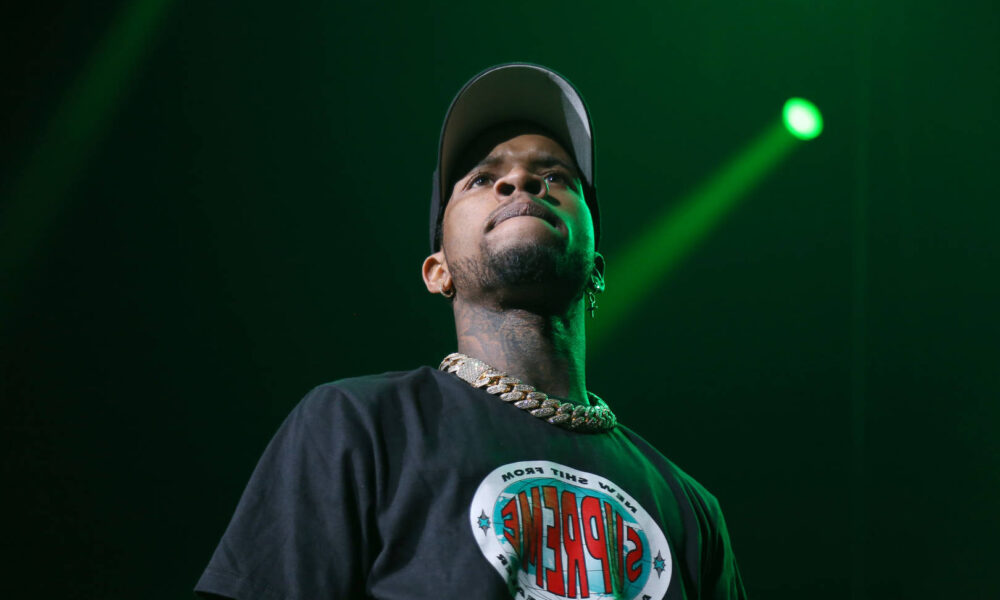 Tory Lanez may be free from his electronic home monitor. But the Canadian singer is gearing up for another court appearance next week. The Los Angeles County District Attorney’s Office released a statement on Monday, confirming the news. “Mr. Peterson’s house arrest was lifted over the objections of our office,” the LA County District Office stated.

Rolling Stone reporter Nancy Dillion tweeted an up date on Tory and Megan’s trial. “Tory Lanez released from house arrest as his trial for allegedly shooting Megan Thee Stallion begins with jury selection in L.A.” Tory’s legal woes have increased since receiving his initial assault charges brought by the Traumazine rapper in 2020. Back in October, he spoke about his troubles with the court during a sit-down with DJ Akademiks.

“I’ve never been a patient guy, but I will tell you this: I’ve always been a time and place guy,” the singer shared. “That’s not about me trying to be too cool. No, guys, I’m in an open case and maybe I make this sh*t look really beautiful, but I’m facing 24 years.”