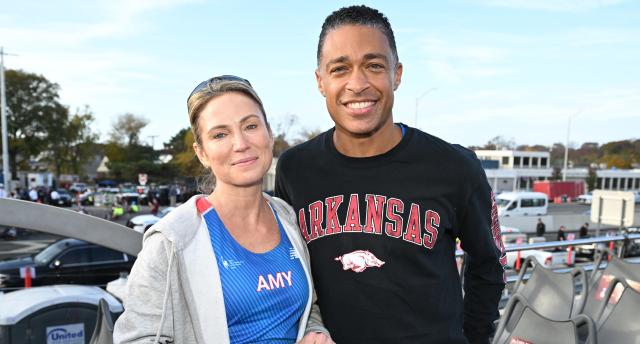 T.J. Holmes reportedly slept with multiple women at ABC including producer Natasha Singh, in addition to his co-host, Amy Robach. Holmes and his wife, Marilee Fiebig, were married at the time. The report comes from multiple sources for Page Six.

They say that Holmes’ affair with Singh started in 2016. The news comes after ABC took Holmes and Robach off the air on Monday. The two both co-host GMA3.

ABC News president Kim Godwin addressed the drama during an internal call on Monday. She explained that while their relationship isn’t a “violation of company policy,” their dynamic came to be an “internal and external distraction.”

Godwin added: “This is something I’m not going to talk, we’re not going to talk about on this call until there is more to be said. I’m asking that we stop the whispering in the hallways. You know, we can’t operate with gossip, and speculation and rumors. We need to stay focused on the work.”

While ABC didn’t get into specifics, one Page Six source said: “T.J.’s cheating with ABC staffers was definitely one of the reasons why they were yanked off. It has become a distraction.”

“He’s also a d—k to producers. No one likes working with him,” they added. “He yells and has the biggest ego.”

While they’re currently off the air, the source said they don’t think they’ll be “off for good.” Stephanie Ramos and Gio Benitez filled in on Monday.

While controversial, not everyone has condemned Holmes and Robach’s affair. Howard Stern recently said that he doesn’t “understand” the drama, but also admitted he doesn’t “know anything.”

Gov. Kemp: “I do not and will not support any kind of state-mandated vaccine passport”

In a tweet, Governor Brian Kemp made it clear where he stands on a state-mandated vaccine passport. He does not support the idea. What exactly ...