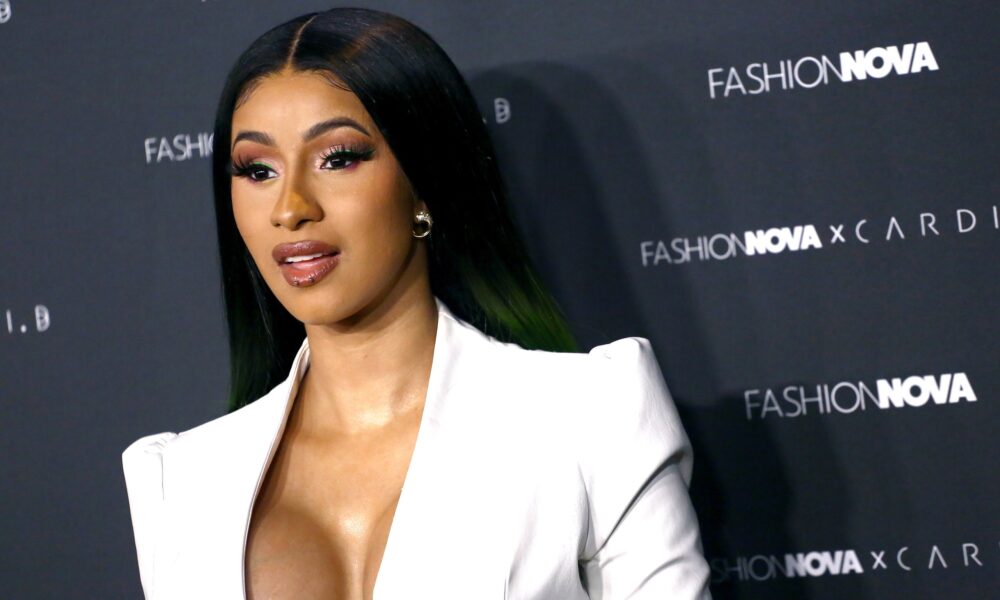 Cardi B says that she must be a part of people’s “marketing plan,” after the past week and that they’ve forgotten about the DMs she has saved.

Cardi B says that she wants to be paid if people are going to continue using her name for their “marketing plan.” The “Hot Shit” rapper added that she’s got DMs saved in tweets posted on Sunday night.In one post she said, “The dms I be having lmaaaoooooo people be forgetting.” “This week just prove what we been saying for years….. Im part of people marketing plan. I refuse to help if I don’t get pay,” she wrote in another.

Cardi also retweeted a fan who replied to the post: “No because why everytime someone is trying to sell something they try to start with you randomly. Rappers, tik tokers, wrestlers, politicians lmaooo. Make them pay up !!!!!”

After fans and haters alike began replying to Cardi’s post, she tweeted, “BRb vacationing with my kids and husband,” alongside a pair of emojis.

While it’s unclear what specifically Cardi is referring to, her name has been in headlines throughout the month. Back on August 4th, she was roped into allegations made by a fake Instagram page claiming to be Nicki Minaj’s ex-assistant. Cardi came forward to state that she wasn’t buying into the claims made by the fake account.

On Thursday, it was reported that Donald Trump had hired a lawyer, Drew Findling, who was frequently cited as a former attorney for Cardi B as well as many other rappers including Gucci Mane, Lil Baby, King Von, Boosie Badazz, and Migos. Findling will defend the former President in Georgia’s investigation into his attempt to overturn the 2020 Presidential Election results.

On Friday, Bella Poarch tweeted out several disses aimed at Cardi, but later confirmed that her account had been hacked and apologized.

Check out Cardi’s recent tweets below.

The dms I be having lmaaaoooooo people be forgetting