Beyoncé’s “Renaissance” Debuts At No.1 On Billboard 200 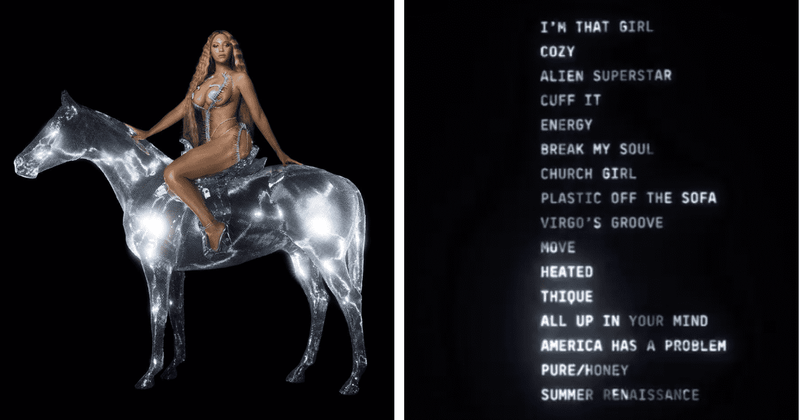 Beyoncé’s “Renaissance” has debuted on top of the Billboard 200 albums chart, making her the first woman to do so in 2022.

Beyoncé’s new album Renaissance has landed at No. 1 on the Billboard 200 albums chart, making her the first female artist to do so in 2022. The project earned 332,000 equivalent album units and sold 190,000 physical copies in its first week since release.

The accomplishment also means that all seven of her solo albums have reached No. 1 on the Billboard 200 albums chart. She is the first female artist to have done so.

Renaissance was released on July 29 and sees Beyoncé team up behind the scenes with Nova Wav, The-Dream, Symbolyc One, A. G. Cook, Honey Dijon, Beam, Tricky Stewart, BloodPop, Skrillex, Hit-Boy, No I.D., P2J, and more. Beam, Grace Jones and Tems are credited are the only featured artists.

Despite widespread praise, the album also landed Beyoncé in hot water with some fans for her use of an ableist slur in the lyrics for the track, “Heated.” She was also called out by Kelis for interpolating her 2003 single “Milkshake” on the song, “Energy.” Beyoncé has since changed the lyrics to “Heated” and removed the interpolation of “Milkshake” from “Energy.”