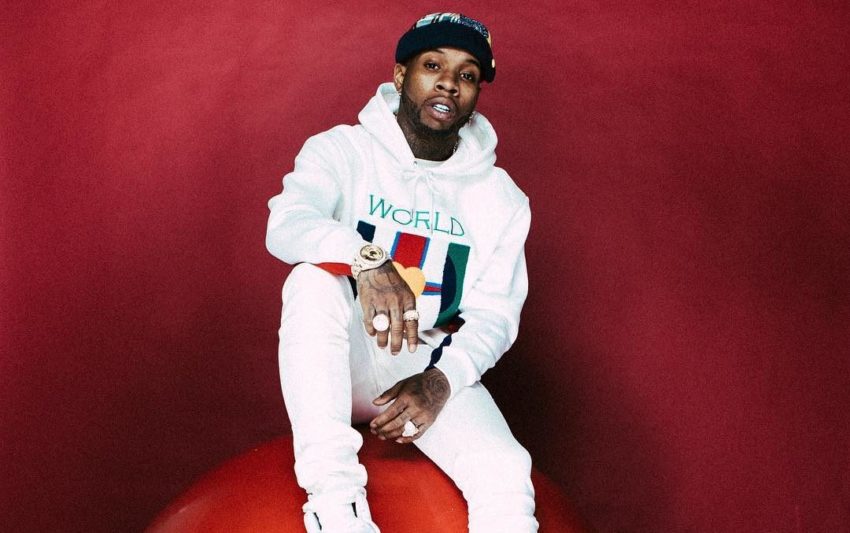 Lanez thanked Brown for standing by him during a time when others turned their backs.

The rich and famous often go all out for their loved ones, and Tory Lanez is showing just how much he values Chris Brown. Breezy has been taking over as photos of his meet and greets with fans have sparked controversy. People not only criticized Brown for charging a pretty penny for the one-on-one moments with him, but others didn’t think his sexual poses were appropriate. Yet, the singer’s fans who participated in the meet and greet made sure to come to his defense by sharing how unforgettable and kind Brown was to them.Breezy also stepped forward to praise his fans for their devotion and Lanez wanted to make sure that Brown—and the world—knew just how much he appreciates his friendship.

It’s not uncommon for artists in Rap and R&B to gift one another with iced-out chains, and Lanez did just that for Brown—and it’s a one-of-a-kind that pays homage to the Pop-R&B legend.

“Look at this chain I made for Chris Brown,” Lanez wrote over a video showing off the chain. “@chrisbrownofficial IS THE KING OF POP WHEN IT COMES TO MY ERA AND MY GENERATION …….IDGAF [shrug emojis] my dawg held me down in a time when most of the world left me for dead !!! I feel like This is a well deserved gift …. For so many reasons !!! Most of those reasons I engraved on the back of the chain !!!!”

Take a look at the impressive piece of jewelry below.