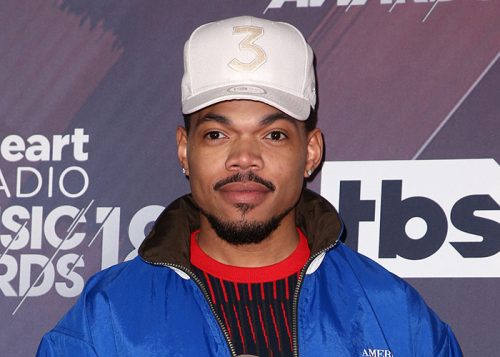 Chance The Rapper told Chief Keef to tag along with him on a trip to Ghana and Chief Keef responded on Twitter.

Chance The Rapper extended an invitation on a trip to Ghana for Chief Keef on Twitter, over the weekend, and Chief Keef gave him a response. The two Chicago rappers discussed the trip after it was revealed that Kendrick Lamar had traveled to the country for a mini-doc published by Spotify.“Ay @ChiefKeff let’s go to Ghana next month some time,” Chance wrote. Chief Keef replied: “call my phone.”With a Ghana trip being a possibility, fans can also be hopeful that the two rappers collaborate on new music. Last week, Chance released the single “Highs and Lows” with Joey Bada$$, sparking excitement for a second studio album.

“Thank you to all my fans and supporters that have been there since day one,” Chance said after dropping the song. “I wanted to give you guys the opportunity — to all my real fans — to be the first to hear my newest piece, ‘The Highs & The Lows’ featuring Joey Bada$$.”

He continued: “Because it’s so hard sometimes to connect with all of you, I need a favor. After you hear this song, I want you to send this to five people that maybe didn’t get a chance to hear it. Throw it in your group chat, send it to your best friend, or just play it out loud because the people gotta know The Return is now!”

A new album will be Chance’s first full-length project since his critically panned 2019 effort, The Big Day.

Check out Chance and Chief Keef’s interaction on Twitter below.

Ay @ChiefKeef lets go to Ghana next month some time

On Monday, Joe Biden released his agenda for African Americans, detailing his comprehensive plan to rebuild the black community in the wake of years of ...