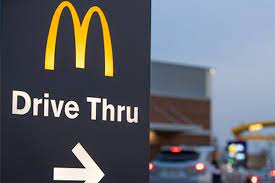 A McDonald’s location in the City of South Fulton was shot up overnight just around the corner from where two teens were shot at a Taco Bell.

Police say a customer fired shots through a window of the McDonald’s on Fulton Industrial Blvd. No one was injured during the shooting.

Channel 2 Action News crews reported seeing the restaurant’s glass door shattered and bullet holes in one of the windows.

Just around the corner, two teenagers were shot and “seriously injured” overnight at a Taco Bell on Camp Fulton Way.

Police say they do not believe the two incidents were related to one another.

Officers have not given details on possible suspects.