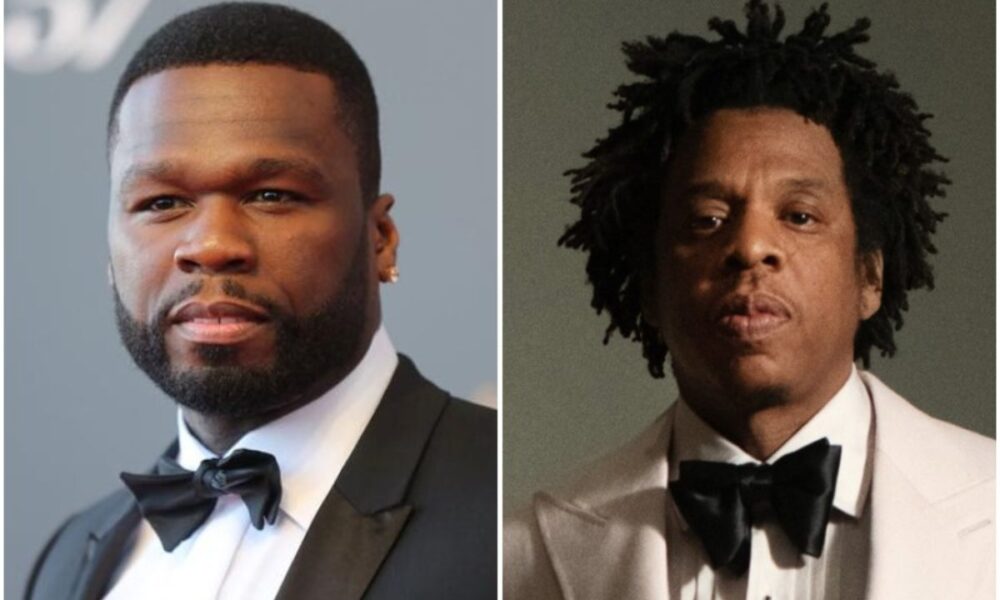 50 Cent called out Jay-Z for allegedly not wanting him to perform at the Super Bowl halftime show.

50 Cent went at Jay-Z on social media, Sunday, for allegedly not wanting him to perform at the Super Bowl halftime show. The Queens rapper remarked that Jay is stealing Jean-Michel Basquiat’s haircut.The insults come after Noreaga claimed on the latest episode of Drink Champs that Eminem had to force Jay’s hand to get 50 to join him during their performance at Super Bowl LVI.“Why would he have to say that should be the question?” 50 wrote. “NORE Your big homie is running around trying to look like a gay painter. LOL.”

He continued in another post, calling Jay out for referring to Eminem as “the white boy.”

“Why did he say the white boy, why he didn’t say the biggest rap artist in the world? Happy Easter! man enjoy the holidays,” he wrote with a laughing emoji.

{DEM 404 BOYZ} FUTURES ALBUM, “THE WIZRD”, IS HIS LAST ALBUM IN HIS RECORD DEAL WITH EPIC

When it comes down to his future, he is SET SET!