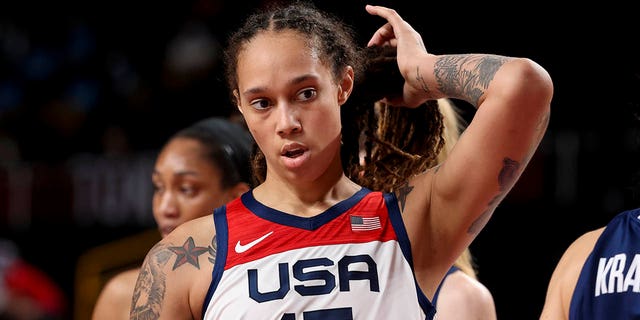 The WNBA legend says that many people in the basketball world were told not to launch a movement because Russian officials could use Griner as a “pawn.”

Loved ones of Brittney Griner have been beside themselves after the WNBA player was arrested in Russia last month. The professional baller was reportedly arrested at an airport after authorities allegedly located cannabis vape cartridges in her luggage, and it would take weeks before news about the incident would reach American outlets. Since that time, the public has been questioning Griner’s condition as many have feared that she will be used as some form of leverage against the United States during Russia’s invasion of Ukraine.

In a sit down with I Am Athlete, basketball legend Lisa Leslie revealed that she, and others, were told not to speak about Griner as to not draw attention to the case.

“What we were told, and again, this is all sort of passed along through hearsay, but what we were told was to not make a big fuss about it so that they could not use her as a pawn, so to speak, in this situation in the war,” Leslie said. “So, to make it like it’s not that important, or don’t make it like ‘Free Brittney’ and we start this campaign, and then it becomes they could use. That’s what we were ‘told’ and I don’t want to say who said that, but it’s what’s been spreading throughout the women’s basketball world.”

“Do we know if that’s the right thing to do or not?” Leslie continued. “It’s heartbreaking for all of us. That’s the feelings of it. You want to do more, and think, should we all use our social media platform and get behind it or not? Nobody really [knows]. This is the first time we’re in this situation, and we don’t know what to do.”

It was reported that an American diplomat has met with Griner and she seems to be doing well under the circumstances. It is unclear if and when she will be released, but it has been shared by a Russian news outlet that Griner could receive upwards of 10 years in prison.

Watch Lisa Leslie on I Am Athlete below.

BREAKING NEWS: CHRIS BROWN HAS BEEN ARRESTED GET ALL OF THE DETAILS HERE