R. Kelly Allegedly Sings To Inmate’s Daughter Over The Phone In Viral Video 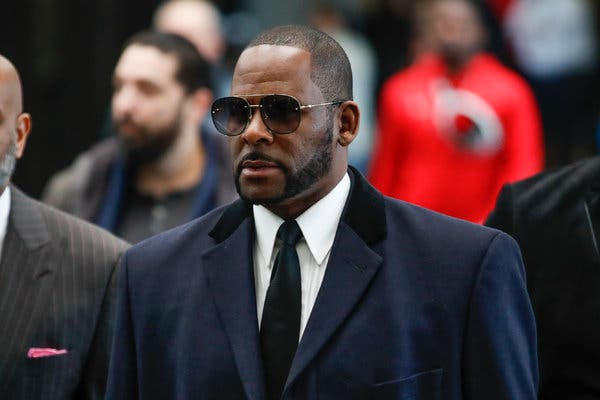 R. Kelly is finally being punished for his decades-old sexual crimes against young girls and women, being convicted last year on multiple charges. This week, it was reported that the disgraced singer’s lawyer will be requesting a new trial and as we await news regarding that, a video has gone viral which allegedly features audio of Kelly singing to a fellow inmate’s daughter over the phone, sighing dramatically before he belted out his recognizable vocals.The video, which has been shared hundreds of times on social media, was originally posted on TikTok with the caption, “When your dad goes to the same prison as R Kelly.” The call shows that it was coming from Brooklyn Federal Prison, where R. Kelly is indeed incarcerated. The woman asks Kelly to sing “Love Letter” to her and he reluctantly obliges, letting out an annoyed sigh before singing some lyrics from the hit record.

It has not been confirmed that this is actually R. Kelly singing but it sure sounds like him, and multiple other outlets have reported on the video as well.

What do you think about R. Kelly seemingly singing on command while he’s incarcerated? Let us know in the comments and watch the video below.

letting R. Kelly sing to your daughter from his prison cell is actually crazy pic.twitter.com/ukb4CWa6ch

Diana Ross’ 75th birthday party brings out almost all of the entertainment industry!