The Obama portraits on display in Atlanta 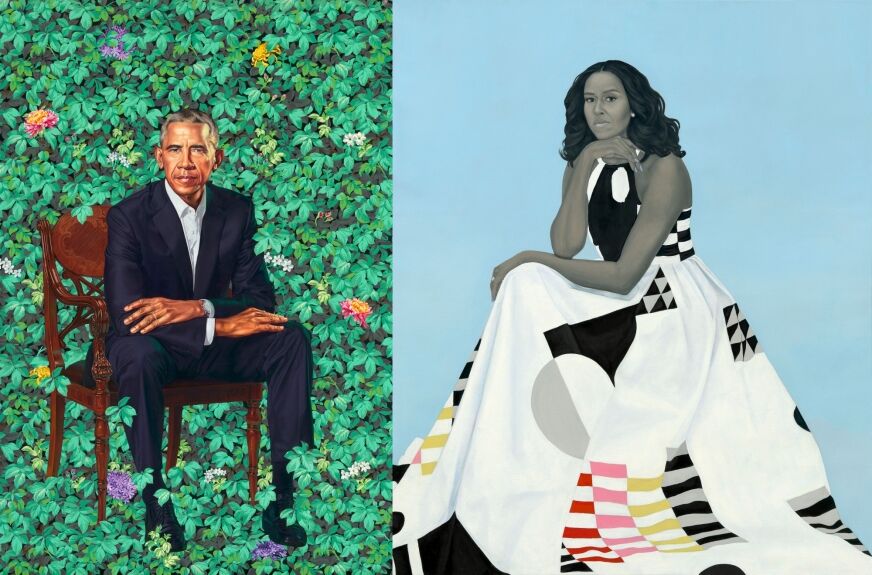 The Obama portraits have arrived to Atlanta’s Midtown’s High Museum of Art as part of a five-city, year-long tour around the nation’s major cities.

The iconic artwork, which has attracted millions of art admirers since its unveiling in 2018, offers a contemporary take on what has historically been a traditional presidential portrait.

But the exhibition is more than two paintings in a large room. The High Museum tells the stories of the Black artists who captured the Obamas in a way the world had never seen before. Georgia native and Clark-Atlanta University alumni Amy Sherald is the face behind the iconic six-foot-tall painting of Michelle Obama, which captures the former first lady in a flowing colorful dress reminiscent of the quilts of Gee’s Bend. Her skin, notably painted in gray-scale, is not only a response to early portraits of African Americans but also reminds viewers of the absence of Black people in the history of large-scale photography. Sherald’s approach is to challenge her viewer to look beyond the superficial differences of race.