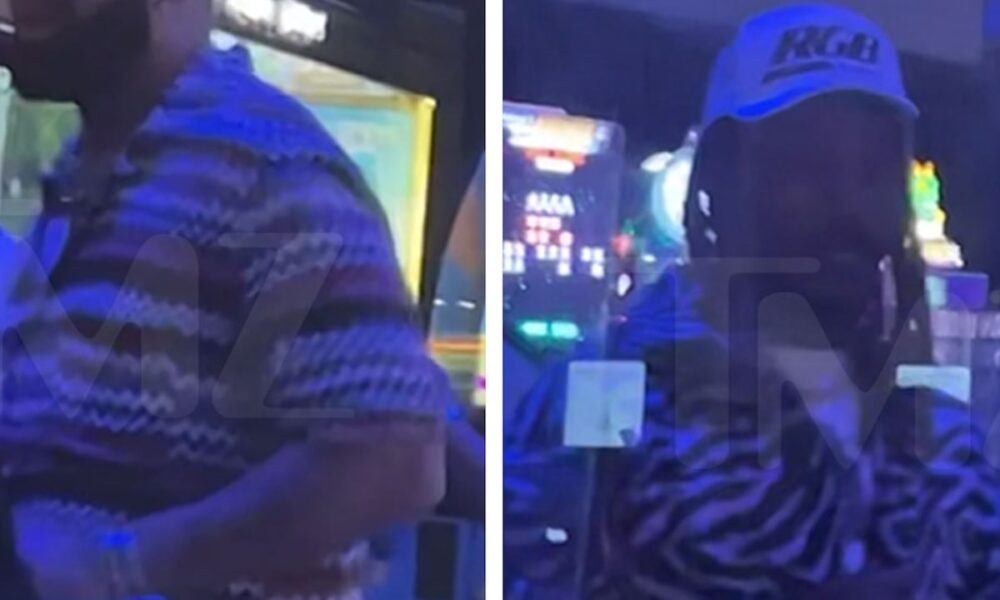 Today is Future‘s 38th birthday. The Atlanta trap icon decided to celebrate it a few different ways, with the help of his rapper and celebrity friends.Last night (Nov. 19), Drake rented out an Atlanta Dave & Buster’s for Future to celebrate his big day. In several photos and videos, Drake was seen living it up like a little kid at the entertainment restaurant.

Before hitting Dave & Buster’s, Future hosted a mafia themed birthday party, as he and attendees like Drake, Druski and Young Scooter rocked elegant suits and turtlenecks to align with the theme.

Drizzy has a made a habit of celebrating different occasions at Dave & Buster’s, typically renting out the entire venue for his party. Most recently, he and Travis Scott controversially kicked it at a Houston Dave & Buster’s in Houston after the tumultuous Astroworld festival. It was reported that they went there directly after their joint set, and had no knowledge of the atrocities that took place in the crowd at the show. Travis allegedly left Dave & Buster’s immediately after getting word of the injuries and deaths.

Other instances of Drake at Dave & Buster’s date back to 2014, where he has partied at separate ones in New York City and Miami in the past.

It seems that renting Dave & Buster’s for his buddies has become the go-to gift for Drake lately, whether it be just a big event or a birthday.

Check out Drake vibing and smoking hookah at Dave & Buster’s below.