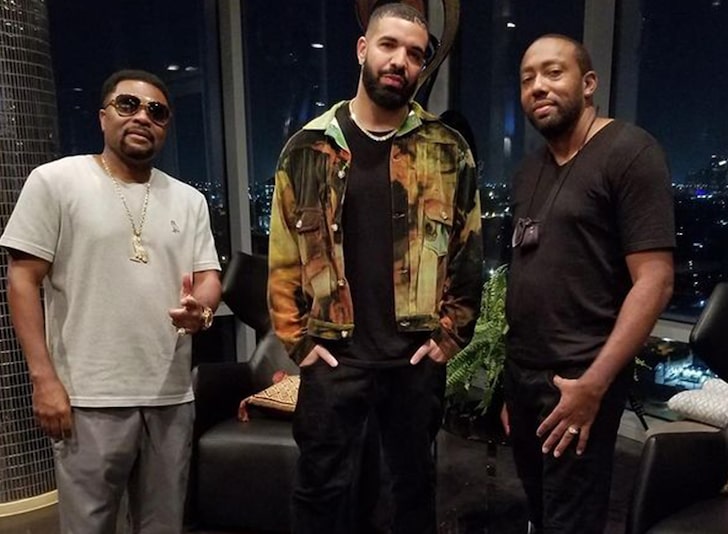 Drake and Kanye could reunite for a joint concert in December.

Larry Hoover Jr. has been working hard lately to see his father released from prison, where he has been held for nearly 50 years for his role in leading Chicago’s Gangster Disciples. Kanye West has been part of that effort for the past few years, and along with that have come a wave of headlines.After Ye and J. Prince, who has also been working to free Hoover, recently linked up in hopes to end Ye’s beef with Drake, Drake met up with Hoover Jr. yesterday (Nov. 10) along with J. Prince. Hoover Jr. posted the photo of them three on Instagram, captioning it: “@jprincerespect @champagnepapi appreciate you #freemyfather #freelarryhoover #larryhoover”

In West’s effort to squash the beef, he posted a video to Instagram standing alongside J. Prince in which he recited a prepared statement asking Drake to reconcile with him for a concert on Dec. 7 in Los Angeles in honor of Larry Hoover.

This was a major change of tone from over the past few months, where the pettiness of Drake and Kanye’s feud had reached an all-time high, with Kanye sharing shots at Drake via group text, and Drake playing unreleased Kanye songs on his radio station.

However, much of Kanye’s August Donda release was devoted to Hoover’s cause, as repped Chicago’s Gangster Disciples, as well as having Hoover Jr. thank Ye and advocate for his father’s release at the end of the album’s seventeenth song “Jesus Lord.”

Kanye first began saying “Free Larry Hoover” in his controversial visits to the White House in 2018, as he felt he sacrificed his image for that cause.

Now, Ye looks to settle his feud with Drake that also began in 2018, as they both could potentially share a stage in Hoover’s honor.

Check out Hoover Jr.’s post with Drake and J. Prince below.

T’Challa will no longer be an MCU character. As we are a year away from the sequel to the Marvel Cinematic Universe’s 2018 blockbuster hit Black Panther, ...