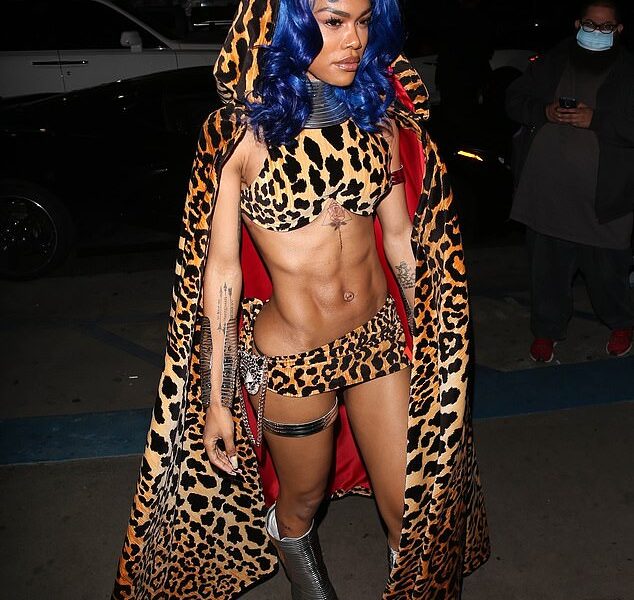 Shots were fired at a Halloween party put on by Teyana Taylor in Hollywood, Saturday night, according to TMZ. Three armed men approached three women standing outside of the event and attempted to rob them.

The outlet reports that law enforcement sources say one woman was pistol-whipped before a security guard caught wind of what was happening and intervened. The assailants and the guard exchanged gunfire, but no shots connected from either party, instead landing in nearby parked cars.

The victim of the pistol-whipping refused medical attention.

Taylor is gearing up to set off on what’s been deemed her farewell tour, next month. “The Last Rose Petal Farewell Tour” will see Taylor traveling across the United State during the month of November.

“How lucky am I to have something that makes saying goodbye so hard…. However for every goodbye God makes the next hello closer,” Taylor wrote in a heartfelt tour announcement on Instagram. “Come out and watch me, leave it all out on the stage… One last time… Just for you & as my last rose petal falls, I say farewell….”

The shows will begin in San Francisco on November 7 and conclude in Atlanta on November 30.

CHRISTIAN COMBS IS ONLY 19 MAKING BIG MOVES LIKE HIS DAD WHEN IT COMES TO THE FASHION INDUSTRY.