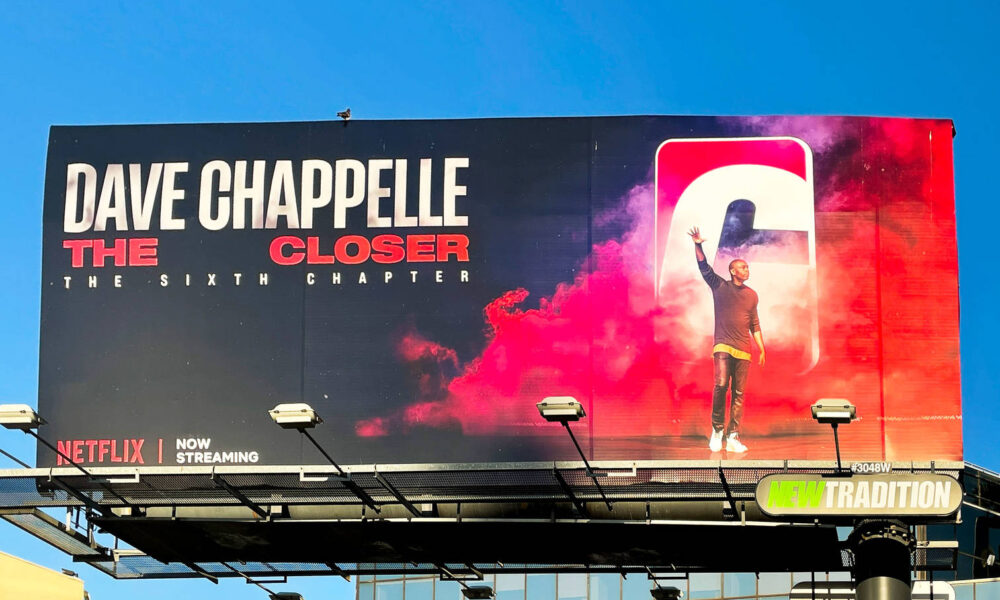 Amid talks of a company walkout, Sarandos reportedly denied that jokes on “The Closer” could result in “real-world harm” and violence.

The Netflix controversy continues to mount as threats of a walkout loom. Dave Chappelle’s The Closer may have gone over well with the famed comedian’s fans, but others weren’t so happy with his jokes. We’ve reported on the ongoing controversy over Chappelle’s quips about the transgender and LGBTQIA+ communities, causing many to call him transphobic, as well as a few other unflattering titles.

Chappelle has taken the criticism in stride and has no cares about those who didn’t like the conclusion to his contract with the streaming platform. Netflix’s co-CEO Ted Sarandos previously issued a statement saying that he stands behind Chappelle and there are no plans on removing The Closer from Netflix’s menu.

Meanwhile, trans employees have reportedly staged a walkout next week, and apparently on Monday (October 11), Sarandos sent out a memo to address concerns about real-world violence and pushback toward the trans community.

“We know that a number of you have been left angry, disappointed and hurt by our decision to put Dave Chappelle’s latest special on Netflix.”

“With ‘The Closer,’ we understand that the concern is not about offensive-to-some content but titles which could increase real world harm (such as further marginalizing already marginalized groups, hate, violence etc.) Last year, we heard similar concerns about 365 Days and violence against women. While some employees disagree, we have a strong belief that content on screen doesn’t directly translate to real-world harm.”

Then Sarandos reportedly mentioned how violent games have not directly impacted real-world violence, so there are not concerns about a comedy special.

“The strongest evidence to support this is that violence on screens has grown hugely over the last thirty years, especially with first party shooter games, and yet violent crime has fallen significantly in many countries. Adults can watch violence, assault and abuse – or enjoy shocking stand-up comedy – without it causing them to harm others.”

Variety reports that days prior to The Closer‘s premiere, the company received several complaints from employees about Chappelle’s content.

The police officer who pepper-sprayed a Black Army lieutenant in December has since lost his job over the altercation — this as a lawsuit against ...