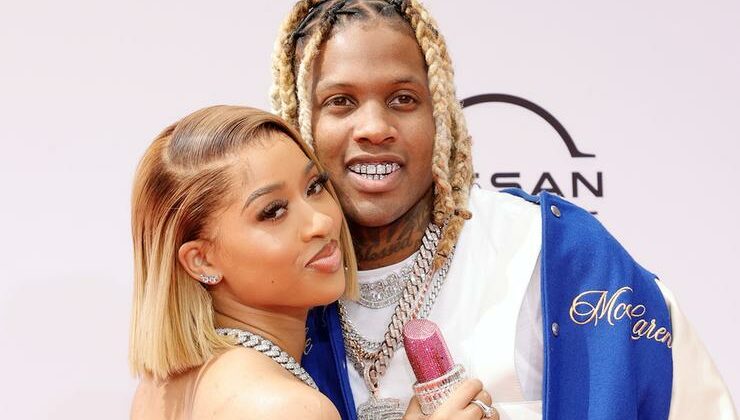 It was just a few weeks ago when Drake dropped Certified Lover Boy, including collaborations from huge names like Lil Baby, 21 Savage, Future, and Young Thug. Another artist featured on the project was Lil Durk, who famously used his air time to rap about his fianceé, India Royale.“India Royale cosmetic, I’m just promotin’ my bitch/Drake song do a billion streams for sure, I’m just promotin’ her shit/Nasty with it/Take her to Sono Bello and get her some massive titties/Fashion n*gga,” Durk sings on “In The Bible.”

The verse earned the 28-year-old a seal of approval from Drizzy, and now, Lil Durk is telling the world about his love for Royale once again.

“She asked me what I want for my birthday I told her a son and for us to get married,” the “2040” artist captioned his latest Instagram post – a photo dump of him and his girl whipping around together.

The model didn’t take long to respond, cleverly referencing T.I. lyrics with the comment, “you can have whatever you like,” followed by some loving emojis.

Earlier this month we reported that Royale revealed she wants to have two more kids, and that Lil Durk “loves” when she’s pregnant; the two already share a daughter together, named Willow.

“I want my next two kids back to back. [Durk] would love that. He was never more obsessed with me when I was pregnant. Like on me, on me,” she wrote on Twitter.

Lil Durk’s birthday is quickly approaching, so there’s no telling if the couple will throw a wedding together in nine days, but after an evening of celebrating, it’s entirely possible that they could pop out with a pregnancy announcement before we know it.

The NBA and National Basketball Players Association are discussing a possible All-Star Game that would be played in Atlanta at some point in early March, ...