People Who Bought Chicken In The U.S. This Past Decade May Recieve Class-Action Payments 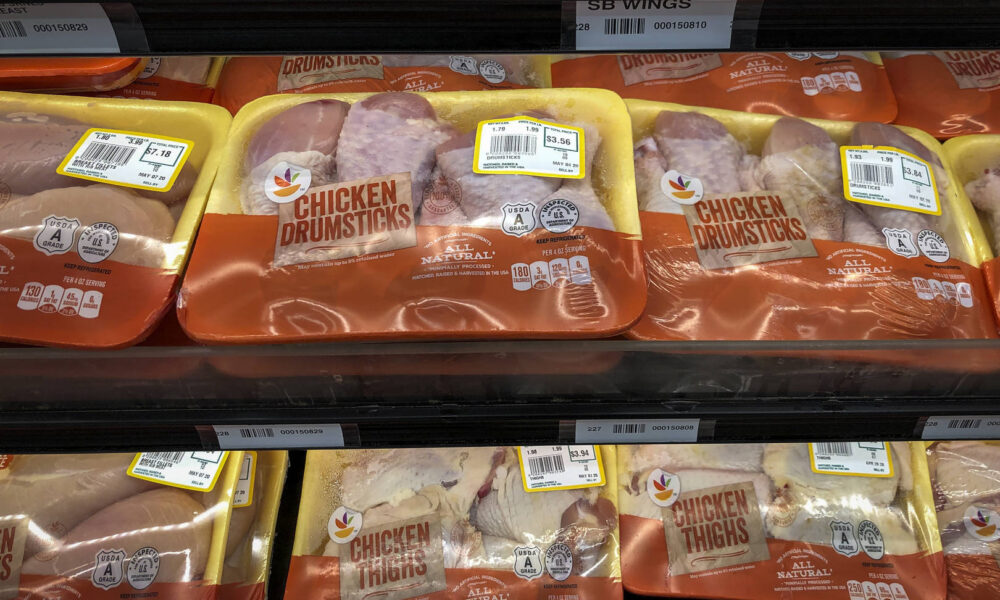 If you purchased chicken over the last decade, you may be eligible for a settlement payment from a sweeping class-action lawsuit.

Some huge litigation is slated to result in a major payday for thousands of individuals across the United States thanks to a sweeping class-action lawsuit called Broiler Chicken Antitrust Litigation. The class-action lawsuit alleges that several corporations — including Fieldale, Pilgrim’s Pride, Tyson Foods, among others — have “conspired to restrict the supply of, and fix, raise, and stabilize the price of chicken,” and according to Fox 5, a settlement has been reached.

As a result, many people who purchased chicken in the United States from Jan. 1, 2009, through Dec. 31, 2020 could qualify to receive payments from what is predicted to be a $181 million settlement.

Furthermore, people who solely purchased chicken that was marketed as “halal, kosher, free-range or organic” will not qualify for settlement payouts. Only purchases of “fresh or frozen raw chicken, whole cut-up birds within a package” or “white meat” will be considered. According to Fox 5, the total payout from the class action lawsuit is currently still being determined, but regardless, consumers are urged to check their eligibility and submit a claim online by Dec. 31, 2022 or by calling 1-877-888-5428.

Bobby Shmurda might not have any kids of his own — but still wanted to make someone’s dad feel special on Father’s Day … rolling out ...