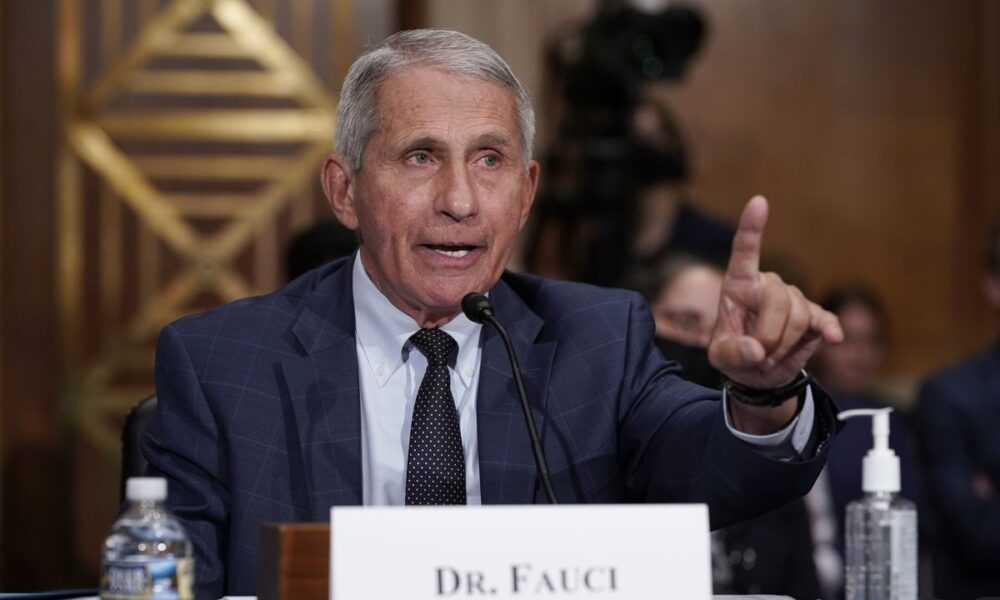 Dr. Fauci denied that the COVID vaccine can cause reproduction issues after Nicki Minaj tweeted about her cousin’s friend’s bizarre issue.

Nicki Minaj got a little spicy this week, telling the world of her COVID vaccination status and revealing that she’s hesitant to take the vaccine because of multiple factors. Telling her fans that she wants to do more research on the available jabs before deciding on one (despite the fact that thousands of scientists and world-leading health officials have already done all of that research), Nicki proceeded to warn her followers about potential side effects to the vaccine, claiming that one of her cousin’s friends in Trinidad experienced swollen testicles after getting the shot. As you can probably have predicted, her comments have caused a shift on social media, and now they’re being dissected by major news networks. Even Dr. Fauci is chiming in.Appearing on CNN on Tuesday evening, Dr. Anthony Fauci denied that the COVID vaccine can cause any reproductive issues in men or women.

When asked about Nicki’s comments and if they’re legitimate concerns, Fauci said, “The answer to that is a resounding no. There’s no evidence that it happens, nor is there any mechanistic reason to imagine that it would happen. So the answer to your question is no.”

Thousands of people have responded to Nicki’s tweet about her cousin’s friend’s problem down there, suggesting that he might have caught a sexually transmitted disease and incorrectly blamed the vaccine for his issue. While some of Nicki’s comments have been taken out of context, the one about her cousin’s friend was seriously perplexing, and it’s reassuring that Dr. Fauci came through to share his expert opinion on the matter.

My cousin in Trinidad won’t get the vaccine cuz his friend got it & became impotent. His testicles became swollen. His friend was weeks away from getting married, now the girl called off the wedding. So just pray on it & make sure you’re comfortable with ur decision, not bullied

Kanye West is going after Walmart for allegedly selling a knockoff version of his well-known foam shoe design … at a fraction of the price. According ...