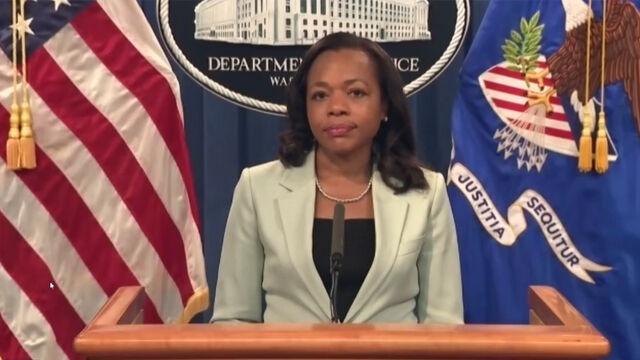 The United States Department of Justice is launching a statewide civil rights investigation into prisons in the state of Georgia.

The announcement was made by Assistant Attorney General Kristen Clarke of the Civil Rights Division at the U.S. Department of Justice.

The investigation will focus on harm to prisoners by other inmates from within the prison, as well as violence aimed at gay, lesbian, and transgender inmates by prison staff.

When asked why the investigation was launched now, Clarke said that based on an extensive review of available public documents and resources, the DOJ found “significant justification” to open the investigation immediately.

“We have been looking at Georgia prisons for years,” Clarke said. “This is a top priority for the civil rights division.”

They said they were able to view several videos on social media showing a problem with both contraband weapons and gang activity in several prisons leading to an uptick in violence.

“No prisoner sentence should include violence from other prisoners,” Clarke said during a press conference Tuesday.

The primary goal of the investigation will simply look into if prisoners are having their constitutional rights violated.

“We want to protect the rights of incarcerated individuals,” Clark continued.

According to the DOJ, there were at least 26 homicides in Georgia prisons in 2020 and already 18 more this year. They also cited “countless other violent assaults” as reasoning for launching this investigation.

The DOJ also cited “extreme” prison staff shortages and high turnover among corrections officers, calling these shortages an “acute problem” that can lead to inadequate supervision and violence. They went onto say these shortages can prevent adequate medical and mental health care which leads to a higher likelihood of suicide and self-harm.

“Our investigation will be independent, thorough and fair,” Clarke said.

This is a developing story. CBS46 is following it throughout the day and will have much more coming up Tuesday night on CBS46 at 4, 5 and 6.

{THE STREETZ MORNING TAKEOVER} BEYONCE IS REPORTEDLY INTERESTED IN SPORTS?!

SHE IS ALLEGEDLY INTERESTED IN A STAKE IN HER VERY OWN SPORTS TEAM!  DETAILS INSIDE…