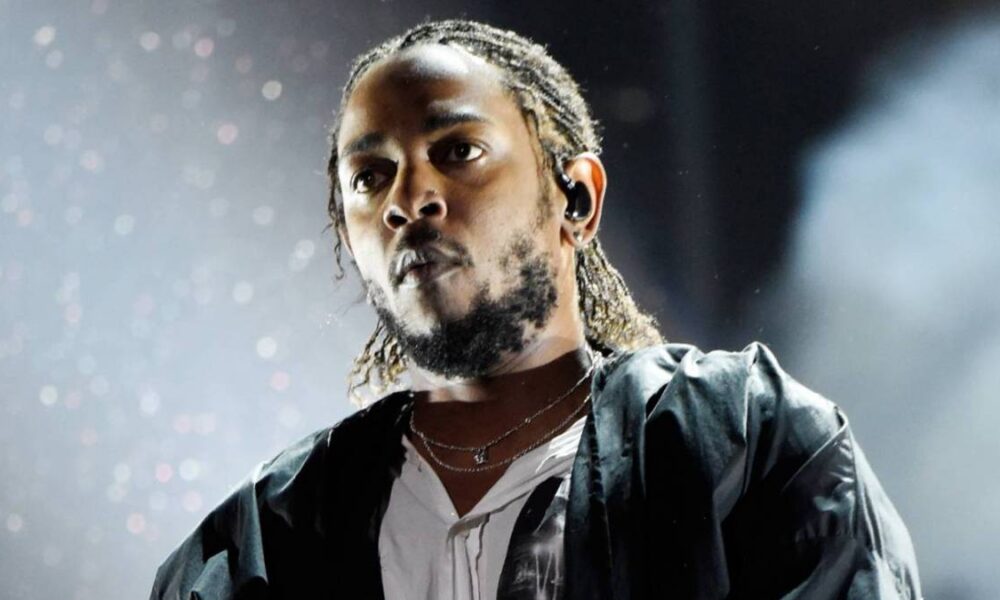 No, your mind is not playing tricks on you. There is indeed a new single out from Kendrick Lamar and Baby Keem, titled “Family Ties.” The two cousins released the new record as Kendrick has been teasing his last album as part of Top Dawg Entertainment and in it, he flexes his pgLang ties a few times. As fans continue to react to the release, people were quick to dissect his lyrics, highlighting his Megan Thee Stallion and Kanye West name-drops.

In his verse, Kendrick crowns himself the “omega, pgLang, Rollie gang, SIE,” but he also mentions a few of hip-hop’s biggest talents right now.

The Pulitzer Prize winner makes a Megan Thee Stallion reference, saying, “New flows comin’, be patient, brother/Show my ass and take y’all to class/I can multitask like Megan, brother.” Of course, he’s referring to Megan continuing her studies while becoming a world-renowned rapper and sex symbol.

Later in the verse, he flexes his status as one of the best rappers in the game, saying, “Smokin’ on top fives/Motherfuck that album, fuck that single/ Burn that hard drive (Burn that shit)/Ain’t nobody safe/When I come up killin’ everybody that’s outside (Who you with?)/Yeah, Kanye changed his life/But me, I’m still an old school Gemini (Lil’ bitch)/Let me jump in this bitch.” Fans are excited to hear Kendrick return, and with all of the current fanfare surrounding Kanye West and Drake’s upcoming albums, there couldn’t have been a better time for him to return. Listen to the song below and let us know what you think.

And a camel to top it all off… Streetz has details!