Beyoncé Earns No. 1 Spot On Greatest Music Videos Of All Time With “Formation” 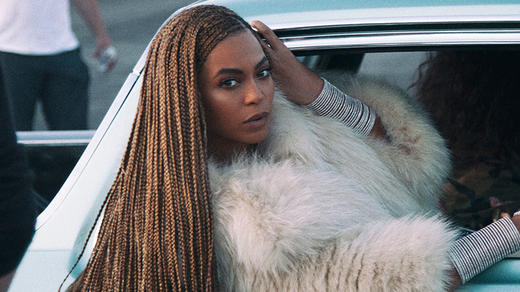 “Rolling Stone” shared their 100 Greatest Music Videos list and Bey took the top spot as some believed it should have gone to Michael Jackson’s “Thriller.”

Since the inception of music videos, there have been some major moments in music history. Many top tier visuals have included several Michael Jackson hits as well as videos from Madonna, Nicki Minaj, Biggie, Run-DMC, Kendrick Lamar, Weezer, Janet Jackson, Radiohead, Lady Gaga, and dozens of others, and in a recent article, Rolling Stone revealed their choices for the 100 Greatest Music Videos of all time.

This list, like many of the other “top” discussions in the industry, is an arguable one at best, but Beyoncé snagging the No. 1 spot with “Formation” has critics and fans debating her position.

Rolling Stone placed Bey’s “Formation” in the coveted spot and the BeyHive couldn’t be happier. The track is pulled from the singer’s massive hit record Lemonade released in 2016 and was written by Mike WiLL Made-It, Swae Lee, and Pluss. The visual was directed by Melina Matsoukas who was inspired by Beyoncé’s familial heritage as well as the works of other famous Black women who inspired the culture.

The music video for “Formation” was filmed in two days between Beyoncé’s rehearsals for the Super Bowl. “I wanted to show—this is black people,” Matsoukas previously told The New Yorker. “We triumph, we suffer, we’re drowning, we’re being beaten, we’re dancing, we’re eating, and we’re still here.”

Do you think this video deserves the top spot? If not, what music video do you think deserves to be No. 1? Check out “Formation” below along with a few reactions.