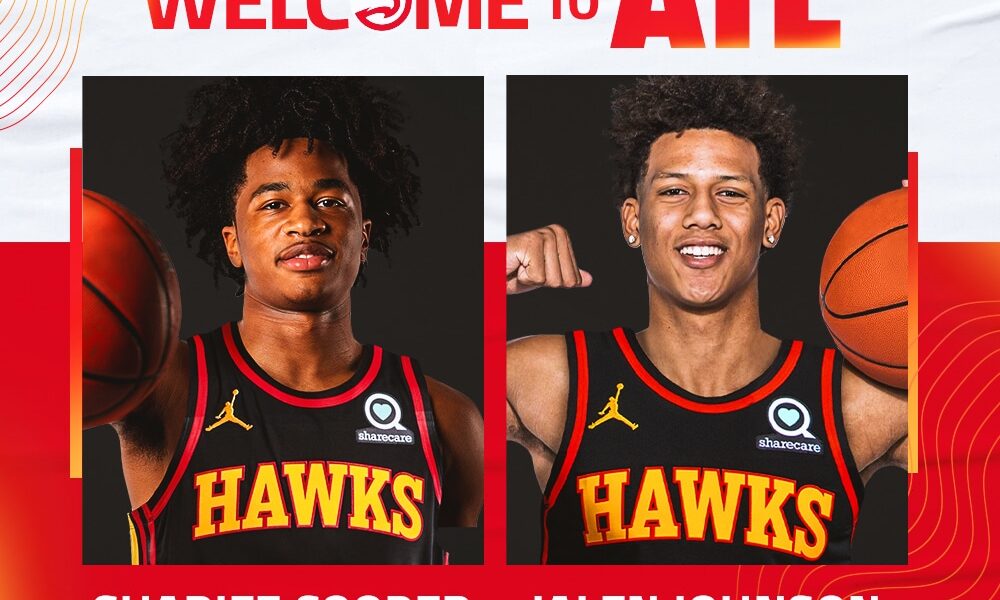 Less than two weeks after the NBA Finals came to an end, it’s already time for the league to hold its annual draft.

And unlike the past several years when the Atlanta Hawks were picking in the top five, this year, we had to wait until the No. 20 pick to find out who the Hawks would grab.

The Hawks’ first pick, which came in the No. 20 slot, saw them draft Duke small forward Jalen Johnson.

The 6′9″, 19-year-old was considered one of the best small forwards in the 2020 class of recruits. Hawks star Trae Young hopped on Twitter after the pick was announced to show his support for his new teammate.

In the second round, the Hawks drafted Auburn’s Sharife Cooper as the 48th overall pick.

Young also took to Twitter to show his support for the 6′1″ 20-year-old point guard.

The Detroit Pistons, who held the first pick, drafted Oklahoma State guard Cade Cunningham. After that, predictions for what would happen were somewhat less clear.

The Hawks were expected to add another shooter to their already loaded lineup of swing players. ESPN’s draft projection had them taking 19-year old Cameron Thomas, a shooting guard from LSU.