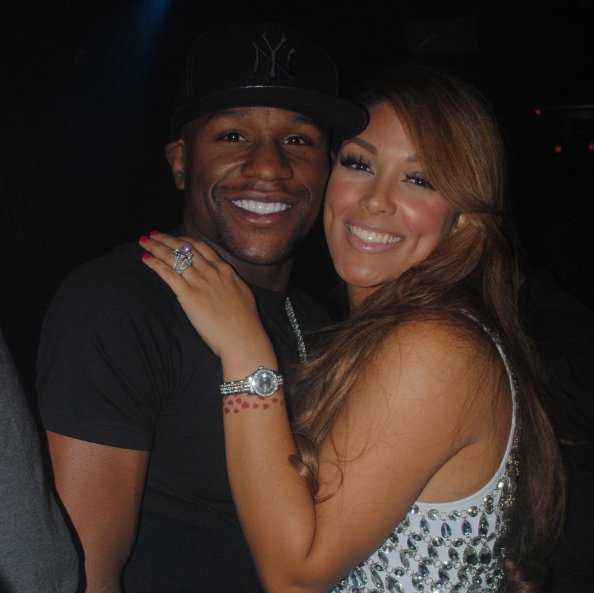 She allegedly dropped the complaint accusing the rapper of stealing millions of dollars in jewelry from her after their breakup.

Floyd Mayweather is currently gearing up to take on Logan Paul in the boxing ring down in Miami today (June 6). The two have been building up anticipation for the Pay Per View event slated to begin broadcasting at 8 pm on Showtime and Fanmio. Learn how you can tune into the showdown here.

No matter the results of the upcoming battle, Mayweather at least has some good news he can take away from this weekend. According to Radar Online, model and ex-girlfriend of the famous boxer Shantel Jackson has officially dropped her civil lawsuit against Mayweather. In the suit, she accused the pro athlete of assault and stealing more than $3 million in jewelry after their breakup.

According to the publication, Jackson recently told the court that she was dismissing all her claims against her former beau, asking them to close out the case once and for all. The former couple has been battling in court since filing the suit in 2014. In her complaint, Jackson accused Mayweather of battery, defamation, and invasion of privacy.

The last count of invasion of privacy stems from the pro boxer posting her medical records and other private information on his social media regarding her abortion. He shared a photo on his Facebook of a sonogram photo of hers claiming that she had aborted twin fetuses.

She also accused Mayweather of stealing around $3 million worth of jewelry from a storage unit of hers after their breakup. Initially seeking “unspecified damages” in the suit, Radar Online reports that the parties were finally able to settle their dispute privately.

As a result, the case was officially closed by the court per Jackson’s request, filing a notice to dismiss all claims against her former finacé. After seven years, it’s definitely great news for both parties to finally be done with the case.

{MIDDAYS W/JAZZY MCBEE} MARY J. BLIGE FINDS OUT WHO HER HUSBAND MISTRESS IS

NEVER GUESS WHO…. I GUESS HE LIKES R&B SINGERS