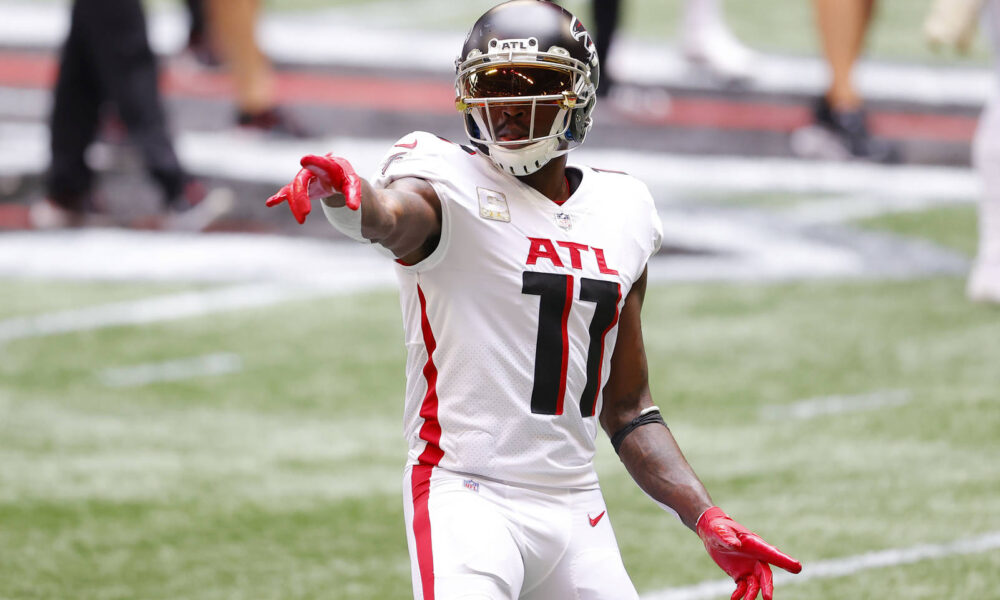 Julio Jones is one of the best wide receivers in the entire league and he also just so happens to be one of the fastest. He is constantly making big plays and over the last decade, the Atlanta Falcons have been thankful to have him. Unfortunately, he had a falling out with the team recently which led to a high-profile trade request. Numerous teams were believed to be in the running, and yesterday, the Falcons finally found a suitor as they traded Jones to the Tennessee Titans.

Jones is now joining a team that boasts the talent of AJ Brown, Derrick Henry, and Ryan Tannehill. These are all phenomenal offensive players and Jones has a real opportunity to bring this team to another AFC Championship game, or maybe even a Super Bowl appearance.

Following the big trade, Jones decided to make a trip to Tennessee in order to make it all official. In the footage below via TMZ, Jones can be seen getting off of a private jet where it looks like he is having the time of his life. Jones has every reason to feel this way as he is now joining a team that is projected to do big things this year.

Let us know what you think about the trade, in the comments below.

Despite his talent, Kodak’s career has already been stymied time and again by his inability to stay the legal course. A bid of this nature ...