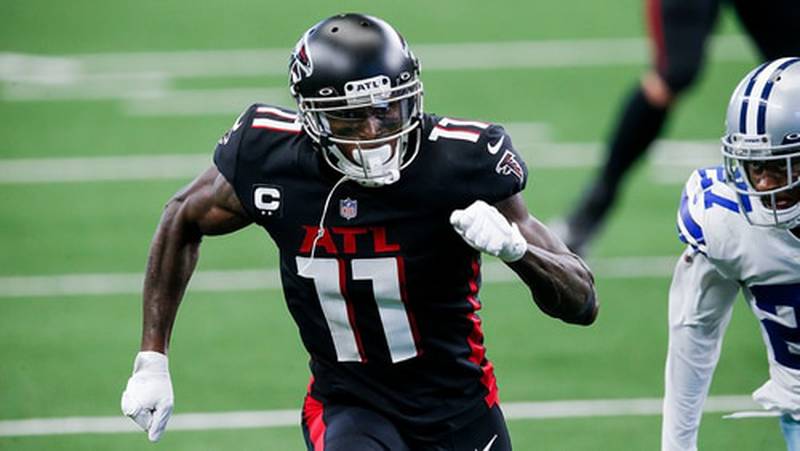 It appears Julio Jones’s days as an Atlanta Falcons are coming to an end after multiple reports he’s being traded up the road to the Tennessee Titans. The deal reportedly has not been finalized as the two teams work out the details and Jones will have to pass a physical before the NFL will sign off on the trade.

Rumors have been circulating for months the Falcons were going to trade their star wide receiver to clear much needed salary cap space. Eliminating the $15.3 million they would have to pay Jones after June 1, will allow Atlanta to pay their draft class–something they did not have the cap space to do.

The details of the trade are still being finalized, but it reportedly the Falcons will gain a second round draft pick from Tennessee.

The former University of Alabama star has been with the Falcons since he was drafted with the sixth pick in the first round back in 2011. That year, then Atlanta General Manager Thomas Dimitroff sent the Cleveland Browns five draft choices so the Falcons could pick Jones.

Jones’s career has not been injury free and he’s only played in all 16 regular season games three times in his storied career.

Julio Jones has been first team All-Pro twice in his career. He’s been selected to the Pro Bowl seven times. He led the NFL in receptions back in 2015 with 136 catches for 1,871 yards and 8 touchdowns.