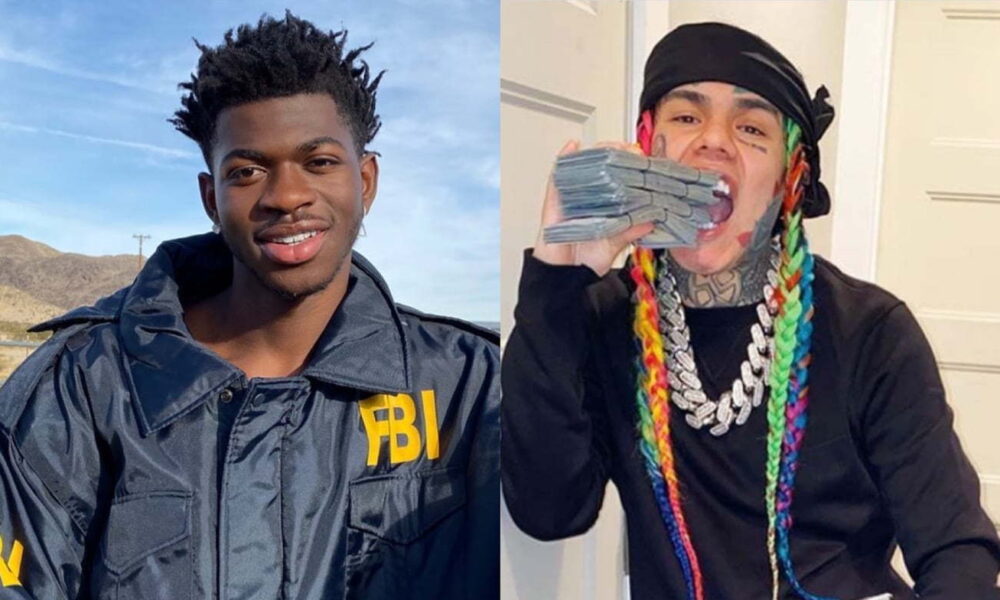 Tekashi 6ix9ine may have rainbow hair but he wants no part in the rainbow flag. After leaving a derogatory and homophobic comment about Lil Nas X on Instagram, joking that the “Old Town Road” hitmaker “entered the chat” on a post DJ Akademiks made about China making COVID-19 anal swabs mandatory for foreign visitors, LNX called out 69 for allegedly sliding into his DMs and shooting his shot. “Yo,” said the controversial rapper initially. “Gonna be in ya city soon what you doing lol?” he then asked with a heart emoji. The second message was seemingly sent only a month ago. Lil Nas X saw this as the perfect opportunity to expose the admitted snitch, asking “this you?” in a post that instantly went viral across social media platforms.

6ix9ine quickly saw the post and is trying to detract attention away from it, attempting to shut down current rumors about his sexuality as they come up. He posted a video on his Instagram Stories, showing alleged receipts that prove that he never sent the messages… except, he forgot that you can unsend messages on Instagram.

“Before this sh*t even starts we’re gonna nip this sh*t in the bud,” said Tekashi. “This is my ‘Gram right here. 6ix9ine, that’s my account.” He then proceeded to show his direct messages with Lil Nas X, insisting that he’s never sent the rapper a single message. However, there is a message request at the bottom of the screen, which means that 69 likely deleted the messages before filming the video.

The jury has reached a verdict in the case of the three men accused of killing 25-year-old Ahmaud Arbery while jogging through the Satilla Shores ...