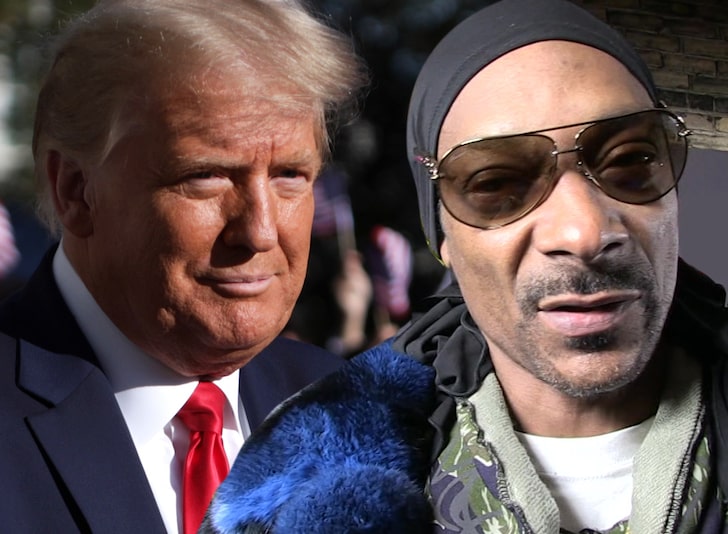 Trump made Snoop a happy Dogg on his way out of office — he’s freeing Harris.
The White House officially announced it has commuted the sentence of the Death Row Records co-founder after he served 30 years of a 25-year-to-life sentence.
The WH statement says … “Mr. Harris has had an exemplary prison record for three decades. He is a former entrepreneur and has mentored and taught fellow prisoners how to start and run businesses. He has completed courses towards business and journalism degrees.”
It adds that upon his release, Harris will have “a meaningful place of employment and housing with the support of his family.”
Snoop reportedly responded to the news by saying, “I love what they did,” and praising what Trump’s administration accomplished on its way out. Trump granted 73 pardons and commuted 70 sentences on his final day as President … with Lil Wayne and Kodak Black making the cuts.
Snoop Dogg is trying to sway President Trump to free Death Row Records co-founder Michael ‘Harry-O’ Harris from an attempted murder conviction … but the clock’s ticking.
During the presidential transition, Snoop’s been secretly lobbying Trump to commute Harris’ sentence and the rapper even enlisted Alice Marie Johnson to bolster his case … according to The Daily Beast.
Harris, who started Death Row Records with Suge Knight way back in 1992 and helped sign Snoop and Tupac to the label, is serving time on attempted murder and drug charges at California’s FCI Lompoc.
Supposedly a changed man, Harris has been incarcerated for nearly 30 years … and he’s not supposed to get out until at least 2028, unless Trump steps in.
Snoop’s reportedly gotten Trump’s attention … Alice Marie says Trump, Ivanka, Jared and White House Chief of Staff Mark Meadows all know about Harris’ case. Remember, Kim Kardashian helped Alice get her life sentence commuted by Trump.
What’s remarkable about Snoop’s effort here is that back in 2017 … he made his hatred of Trump perfectly clear in his “Lavender” music video by pulling a fake gun on a Trump lookalike in clown makeup.
So, this could be an uphill battle for Snoop to get Trump to see things his way. There’s a long list of candidates for potential pardons with less than 24 hours to go in Trump’s presidency … so stay tuned.
Tags: #STREETZ945atldeath row recordsdonald trumpsnoop dogg

Gov. Kemp has extended an executive order banning large gatherings and instructing the medically fragile to shelter in place until August 31. The order also ...